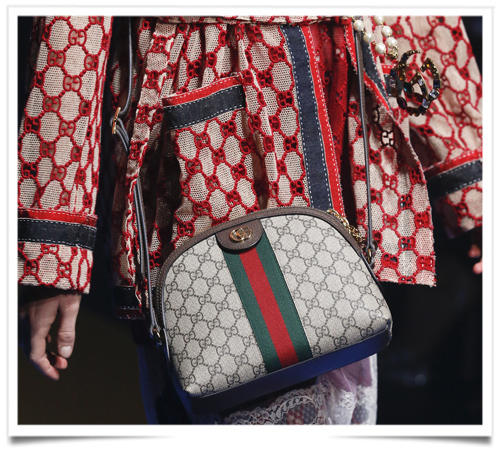 Forever 21 isn’t giving up an effort to cancel Gucci’s trademarks for its classic, two-tone stripe design detail, and it’s using the designs of numerous other brands to support its case.

More than 40 brands and retailers across a range of price points, including Nordstrom and Bloomingdale’s and from Louis Vuitton and Balenciaga to Tory Burch, J. Crew and Urban Outfitters, were cited in Forever 21’s updated complaint against Gucci, arguing several trademarks covering the house’s blue and red as well as green and red stripe designs should be canceled.

Considering Gucci has allegedly sent Forever 21 cease-and-desist letters regarding a number of items featuring two-tone stripes, the chain added that it’s unlikely shoppers will be “confused” by the products and think that they may be in some way affiliated with or endorsed by Gucci.

Forever 21 said it “has not caved” to Gucci’s demands, and urged the court to undo the trademarks at issue and rule that there has been no infringement.