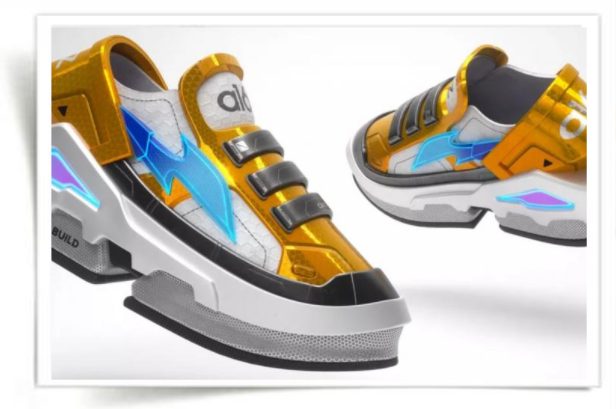 After having imposed its brand on all sports fields, Nike is now interested in the virtual world. The launch of its virtual “Nikeland” in collaboration with the video game Roblox last month was a first step, the American equipment manufacturer is moving on to the second by buying the start-up RTFKT (“Artifact”), founded in 2020 by three associates including the French Benoît Pagotto.

The startup, which raised $8 million last May, designs limited-edition virtual wearables – including sneakers – in the form of NFTs (Non-Fungible Tokens) certified on the blockchain. It has achieved $100 million in revenue by 2021. END_OF_DOCUMENT_TOKEN_TO_BE_REPLACED 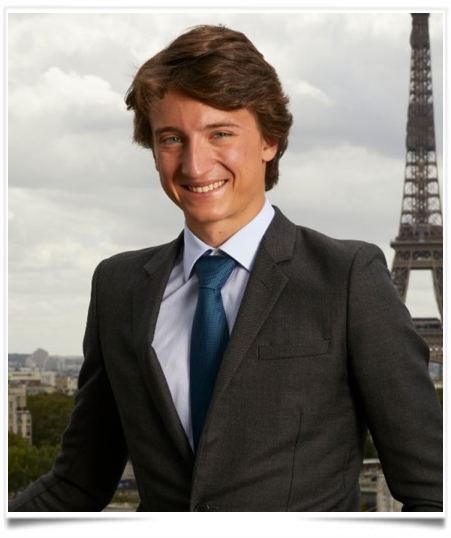 His LinkedIn profile lists Summer internships as an investment banking analyst at investment firm Morgan Stanley; as an engineering intern at Formula 1 team McLaren Racing; and as a sales Associate at Louis Vuitton.

He is based at Vuitton’s headquarters in Paris, as well as at La Fabrique du Temps near Geneva, Switzerland, one of Vuitton’s watch production sites. He reports to Catherine Lacaze, director of watches and jewelry at Vuitton.

In his new role with the watches team, he is involved across the value chain, including defining strategy, steering product development. END_OF_DOCUMENT_TOKEN_TO_BE_REPLACED 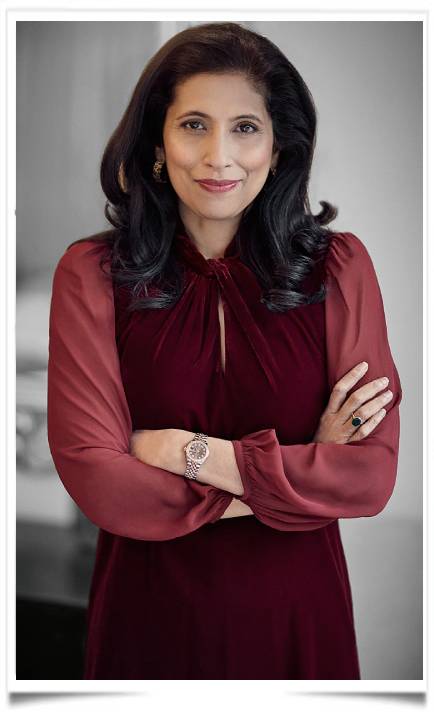 “This new partnership at the helm of the company, appointed by The Board of Chanel Limited (UK), will further ensure long-term success as a private company, believing in the freedom of creation, cultivating human potential and acting to have a positive impact in the world,” Chanel said in a brief statement.

Nair joins the French fashion and beauty giant from Unilever, where she had a 30-year career. She has served as the global consumer goods company’s chief human resources officer, and a member of the executive committee since 2016.

According to Chanel, Nair has “built a global reputation for progressive and human centered leadership, delivering significant business impact” and went on to describe her as a “highly respected as a visionary leader whose ability to champion a long-term, purpose-driven agenda is matched with a consistently strong record of business outcomes.” END_OF_DOCUMENT_TOKEN_TO_BE_REPLACED 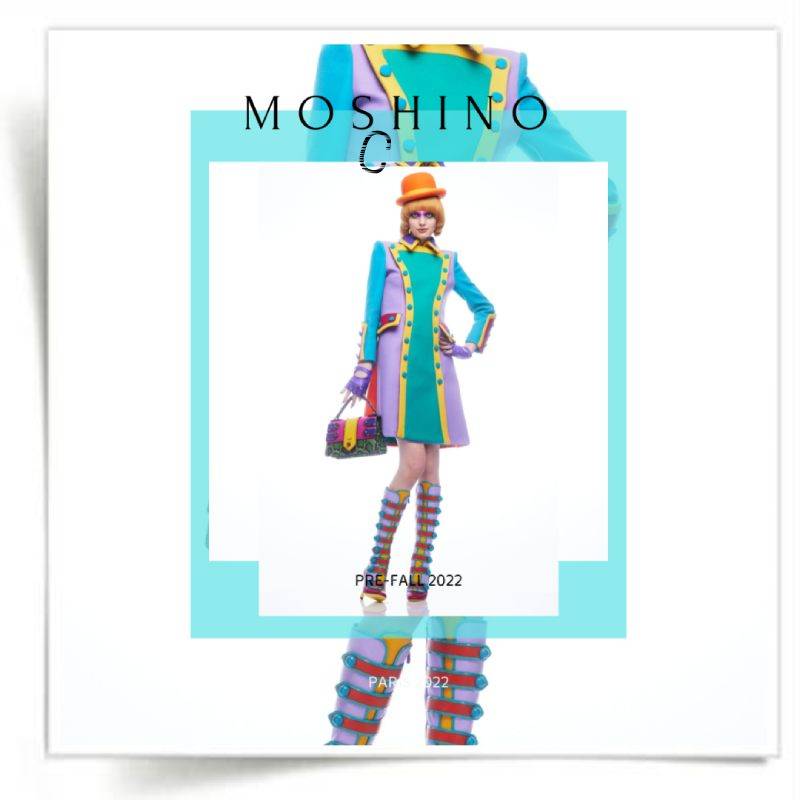 I wanted to take…military codes and things that are so staid and formal, but do them in candy bonbon colors and make them feel more playful and surreal,” said designer Jeremy Scott.

I wanted to take those military codes and things that are so staid and formal, but do them in candy bonbon colors and make them feel more playful and surreal,” said Scott during a Zoom session from his Los Angeles home.

Two of his favorite films, “A Clockwork Orange” and “Blade Runner,” were also in the aesthetic blender, inspiring the bowler hats and the models’ exaggerated eye makeup. END_OF_DOCUMENT_TOKEN_TO_BE_REPLACED

Prince of the Tailoring cut, adored by stars and millennials, Kim has always been immersed in his time. Following his insights, the British designer brilliantly took up the challenge of reinventing the Dior man, drawing followers to streetwear fashion with cutting-edge collaborations that proved to be masterful hits. END_OF_DOCUMENT_TOKEN_TO_BE_REPLACED 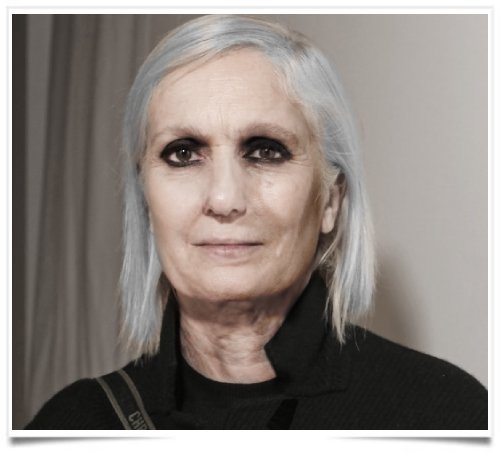 Maria Grazia Chiuri will be honored alongside artist Judy Chicago and philanthropist Mellody Hobson by the National Museum of Women in the Arts, Dior revealed today.

The Washington, D.C., museum will hold its annual gala on April 8, 2022, where the house’s first woman designer will be recognized with the museum’s lifetime achievement award; Dior will also sponsor the black-tie affair as a happy coincidence.

The National Building Museum, as the NMWA is undergoing renovations until 2023. Hopefully the creator of the master of Grandville, will also do some work on her facade. 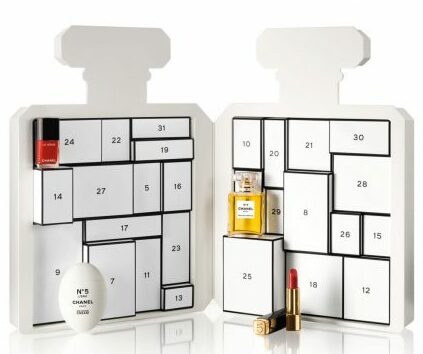 Chanel has responded to online controversy about its advent calendar after being mocked by influencers over the contents of the limited-edition box, resulting in a flood of negative comments on social media in the run-up to its annual Métiers d’Art runway show, due to take place on Tuesday.

Bruno said “YO” the French luxury house produced the calendar as part of this year’s celebrations of the 100th anniversary of Chanel No.5 perfume, and it did not expect the negative feedback, he who certainly does not have a TIKTOK account.

Chanel thought it would please some of its customers by offering this type of product. Evidently, we see that you have to be careful and therefore, in future, we will certainly be much more cautious.

Indeed, the influencers had denigrated this calendar because the content did not match the price. $825 for 27 boxes numbered from five to 31, containing full-size perfume and makeup products, miniatures and souvenirs all stamped with founder Gabrielle “Coco” Chanel’s lucky number. By inviting influencers instead of journalists, Chanel gets the comments that the brand deserves. END_OF_DOCUMENT_TOKEN_TO_BE_REPLACED 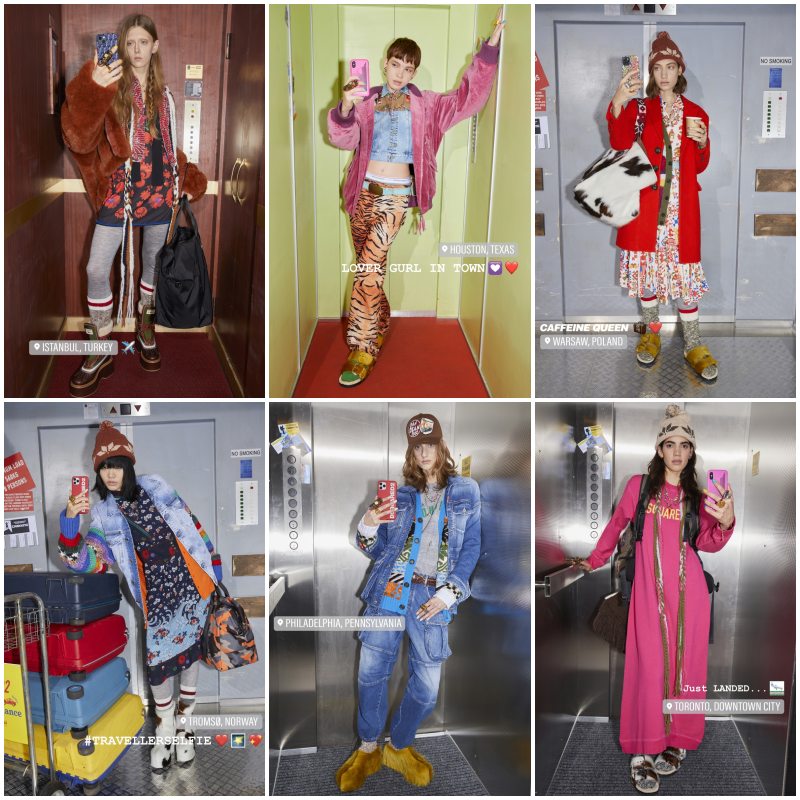 The elevator selfie trend appeals to Dean and Dan Caten, who are always quick to pick up on social media undercurrents.

Their pre-fall Dsquared2 collection was shot in an elevator mock-up, and every pic was quoted Twitter-style. So, was it intended as a slightly ironic commentary on our social media obsessions? Airport elevators, hotel elevators they’re just metaphors for the desire to hit the road again. Our boys and girls are travelers, globetrotters. They’re finally out of their closet and back on the planet. 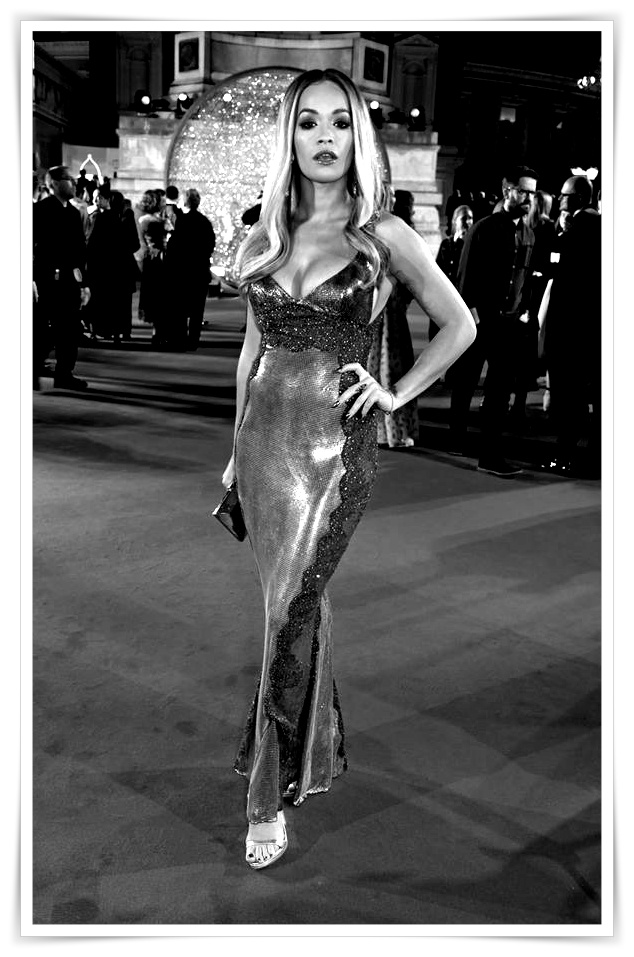 British Fashion Awards, which was held at the Royal Albert Hall in London. The evening highlighted for the first time fifteen leaders of change,rewarded for their different actions in the fashion industry.

The British Fashion Council (BFC) then announced the list of winners, ranging from Kim Jones, to Alessandro Michele, Nensi Dojaka or Tommy Hilfiger.

It is necessary to please the biggest advertising sponsor, the group of the lord and, thus, to reward with an Award Kim John and especially Dior.

The list of winners of the British Fashion Awards 2021: 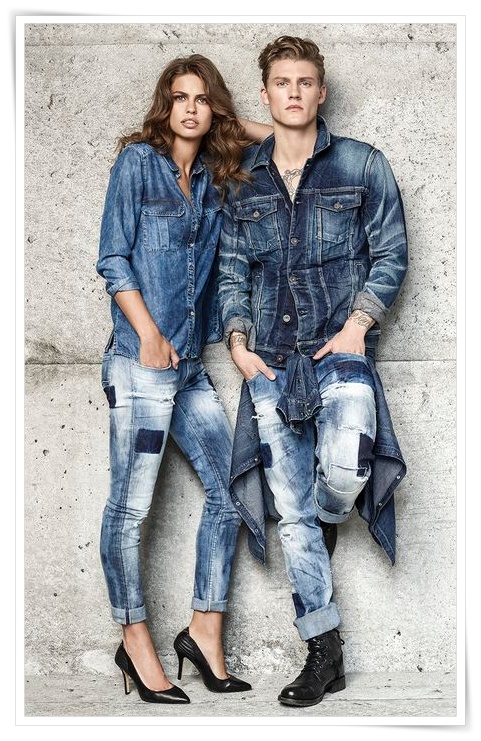 Salsa has opened a store in the center of the French capital. The Portuguese brand specializing in morphological denim inaugurated a 70 square meter store at 49 rue de Rivoli on December 1st. The Portuguese Zara is a brand founded in 1994 and made its first steps in France in 2010, before gradually expanding its network on French soil, where it now totals a dozen stores under the sign.

New Parisian showcase on this artery in full revival or the cars are forbidden. This year, La Samaritaine has reopened its doors, while Uniqlo, Miliboo and Ikea have taken up residence there, in a space that, once cleared of cars, will become a museum of stores.

Claiming 600 points of sale in Europe and also being distributed in multi-brand and department stores, the company owned by the Sonae group welcomed a new CEO in February in the person of Mia Ouakim.

This former brand and product manager at Esprit is responsible for “repositioning and rejuvenating the brand, growth and penetration of new markets”. 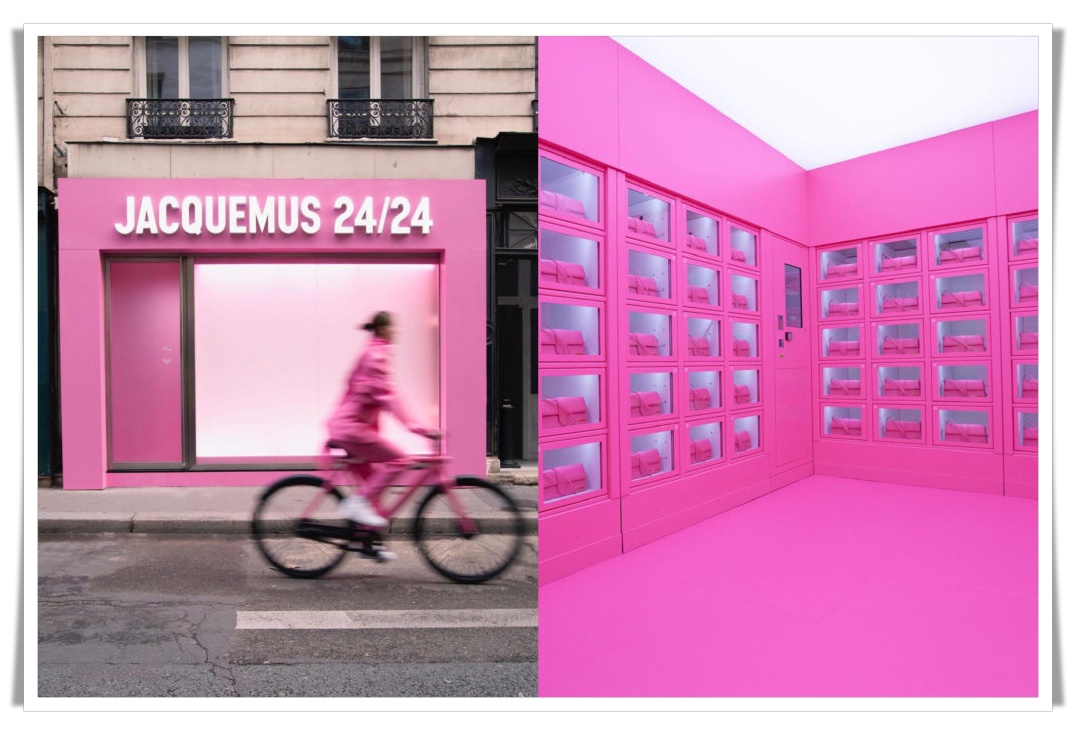 After its flower store this summer, Jacquemus is back with a new ephemeral concept. This time it is a temporary boutique as its name suggests, “Jacquemus 24/24”, it will be open continuously.
The pop-up is inspired, in fact, by automated stores, with an exclusive selection of pieces, which will be available for purchase via vending machines, without interruption and 24/24, 16 de la rue de Richelieu Paris.

Selling luxury products like supermarket products to break the boundaries? The idea, which may have seemed preposterous last year, now seems acceptable, after two years of pandemic and extreme digitalization. END_OF_DOCUMENT_TOKEN_TO_BE_REPLACED 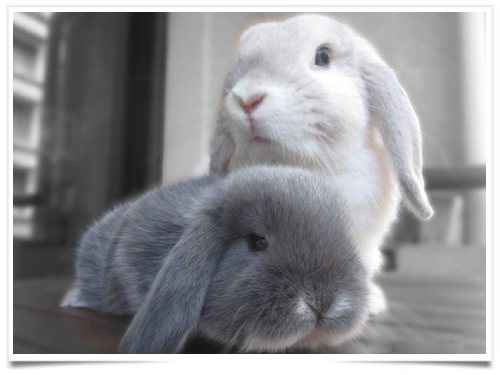 Italian fashion house Armani pledged Wednesday to ban angora wool from its collections starting with the fall/winter 2022/2023 season, extending the list of banned materials as part of its animal welfare policy. “I am pleased to announce” the removal “of angora wool from all the group’s collections” as a sign of its commitment to “the protection of nature,” designer Giorgio Armani said in a statement.

The animal rights organization Peta had called since 2013 for a boycott of products made from angora rabbit fur, accusing video to support the Chinese farms of plucking the hair on the living animals. According to Peta, 90% of the world’s angora fur comes from China. Angora wool is known for its silky and light texture. Giorgio Armani had announced in 2016 to renounce all forms of animal fur in its collections, assuring that there were now valid alternatives to these “cruel practices.”

The late designer whose sudden death was announced a mere 24 hours before The Fashion Awards in London were set to take place was on everyone’s mind Monday night at Royal Albert Hall.

There was an outpouring of love and emotion for the man who shook up the fashion system and opened the door for so many marginalized communities. 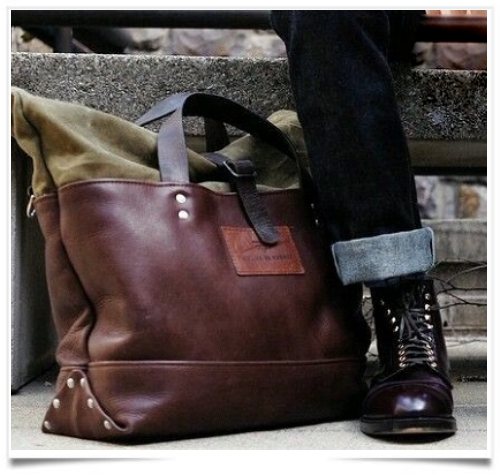 The days of the man bag should be numbered? A growing number of men are ditching their bags and backpacks in favor of handbags traditionally intended for women, whether mini styles worn crossbody, or travel-friendly maxi versions.

The trend was crystallized at Paris Fashion Week when the influencers behind the Instagram turned up at the show wearing their signature matching outfits, each carrying one handbags.

This is a very, very big trend. You see more and more men being very confident in carrying what we call traditionally women’s-shaped bags, perhaps, and it’s all around playing with this gender fluidity. Meanwhile, unisex styles like the Hermès Cargo bag, with its practical outside pockets and cup holder, have gained traction with both sexes. Inspired by military clothing, the canvas bag, launched in 2020, comes in colors such as sand and navy. A bag to disrupt trends.