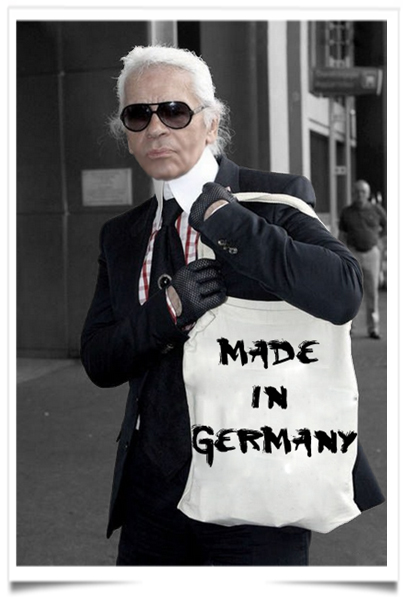 News from the luxury sector in Germany haven’t been very glamorous lately. To the joy of international companies such as Hermès and LVMH, the rich and famous are usually not discouraged by economic downturns, so why are some German companies having such a hard time?
Next to internal disputes and challenges, German designer brands seem to be having major difficulties keeping up with the fast-evolving nature of their industry.

Womenswear group Escada has had, for example, a good run after it welcomed new investor Megha Mittal, but the company has faced severe issues on an executive level. Its latest CEO Glenn McMahon stepped down in July after seven months of tenure, following the resignation of former CEO Bruno Sälzer last year. McMahon, who was appointed at Escada after an unusually long wait, was expected to revitalize the label that is best known for its evening dresses. The German group is currently held by CFO Jörg Wahlers, who has only worked at the company since last year.
At the same time, German designer brand Strenesse hasn’t managed to rebound after the departure of former creative director Gabriele Strehle. The troubled company was forced to file for insolvency in 2014 but posted positive half-year results for the period ended in June. This year the label, which employs more than 250 people, succeeded to turn its business around, although with a mere €20 million turnover.

For a global fashion company, this figure is however far too low. Advertising and other marketing strategies, model castings for fashion shows and photo-shoots, and operation of flagship stores in cities such as London, Moscow or New York require large sums of money.

Additionally, the fashion world is facing the same challenges most industries have to deal with – especially digitization. Younger customers are now keener to do their luxury shopping in online websites like Munich-based Mytheresa.com, and combine their exclusive items with high-street pieces. Not following this trend means missing important opportunities, says the CEO of trade fair Premium, Anita Tillman. “It’s in the nature of fashion to be constantly moving. It’s not that [German] people are unaware of new trends or that there is a lack of creative potential. We have incredibly talented people in Germany”.

However it is still a long way until emerging German designers can expand internationally. Many young labels cater a niche audience and haven’t gained nationwide recognition yet. “Financial resources are very important for a major breakthrough but sometimes also a little bit of luck is needed”. Online trade is for the consumer good experts no guarantee of success either. “Trends spread faster over the internet but the life-span of products is shorter”. This adds pressure on prices, which are convenient for consumers but unsustainable for the companies.

Long-standing brands need to renovate and adjust their sales and product ranges, as well as their customer experience. There is admittedly a lack of investors, but also of visionaries who want to take on the challenge of breathing new life into a traditional name.