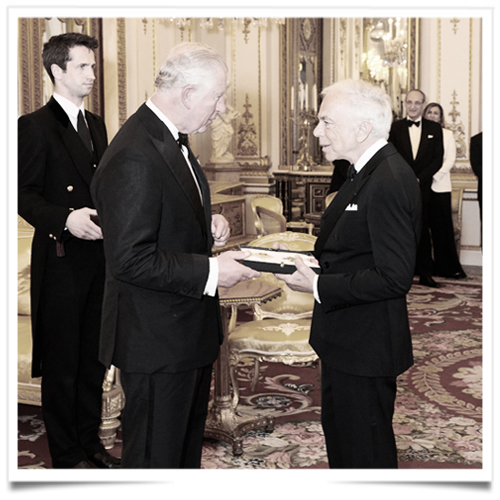 On Wednesday, Lauren was given an honorary KBE, or Honorary Knight Commander of the Most Excellent Order of the British Empire, for services to fashion during a private ceremony at Buckingham Palace.

Because he’s an American citizen, the title is an honorary one and Lauren won’t be able to use “Sir” ahead of his name unless he becomes a British citizen.

This isn’t the first time the Brits or the royal family have feted Lauren: In 2016, the British Fashion Council honored the designer with its Outstanding Achievement award at the Fashion Awards in London.

The BFC recognized Lauren for his creative vision as well as his business acumen in a career that has spanned more than 50 years.

Earlier in 2016, Ralph Lauren unveiled a breast cancer research center that bears his name at The Royal Marsden Hospital, side-by-side with wife Ricky and Prince William.