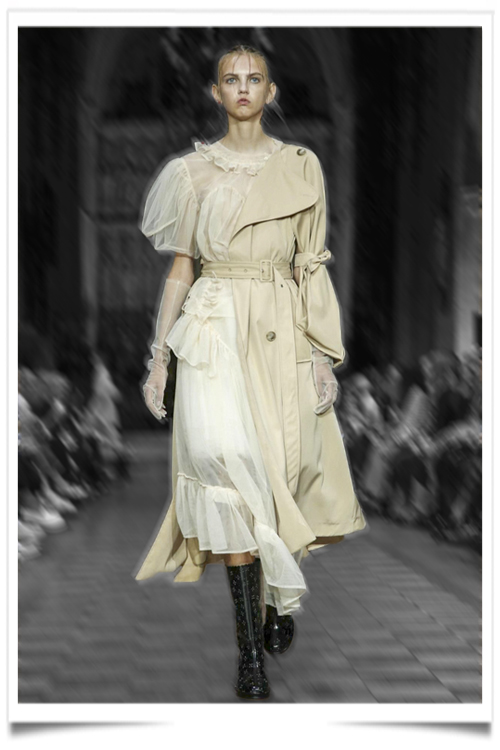 Simone Rocha was born in Dublin, Ireland in 1986. In 2008 she graduated with a BA in Fashion from The National College of Art and Design in Dublin continuing in 2010 to graduate from Fashion MA at Central Saint Martin’s College in London. Simone debuted at London Fashion Week in September 2010.

She has shop-in-shops in Dover Street Market London, New York and Ginza as well as IT Beijing Market. She has worked with Dover Street Market on special installations for seasonal re-openings, anniversaries and collaborations, featuring her signature Perspex furniture and hand-made sculptures.

She has also had window displays in Colette and Le Bon Marche during Paris Fashion Week. In November 2014, she launched her collaboration with US based denim label J Brand. In August 2015, Rocha opened her first shop in London on Mount Street. No big news but the designer can really do better.