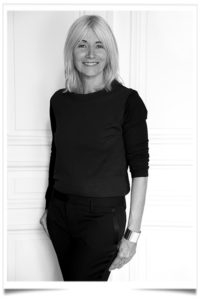 Japanese cosmetics group Shiseido has recently appointed Isabelle Gex as President of Global Fragrances, a newly created post. She will start in her new role on 11th June.

Before joining Shiseido, Isabelle Gex founded and directed Stratlux, a French company specialised in mentoring start-ups in the fields of luxury, fashion and the arts. Between 2001 and 2017, she worked for the LVMH group, her latest role being Senior Executive Advisor on mergers and acquisitions. She also formerly worked as International Marketing Director Perfumes and Cosmetics at Chanel.

At Shiseido, Isabelle Gex will be in charge of the fragrance licences for Dolce & Gabbana, Narciso Rodriguez, Issey Miyake, Elie Saab, Zadig & Voltaire, Alaïa and Serge Lutens, the only brand which will continue to operate independently. Gex will report to Franck Marilly, the EMEA region’s CEO for Shiseido, and to Masahiko Uotani, the Shiseido group’s CEO, and will also be tasked with seeking external growth opportunities via brand and licence acquisition. She will oversee the Japanese group’s centre of excellence for fragrances, which is located in Paris.

As reported, the company more than doubled its net income in the fiscal first quarter, due mainly to strong growth in sales of prestige product lines that afford higher profit margins than drugstore brands.