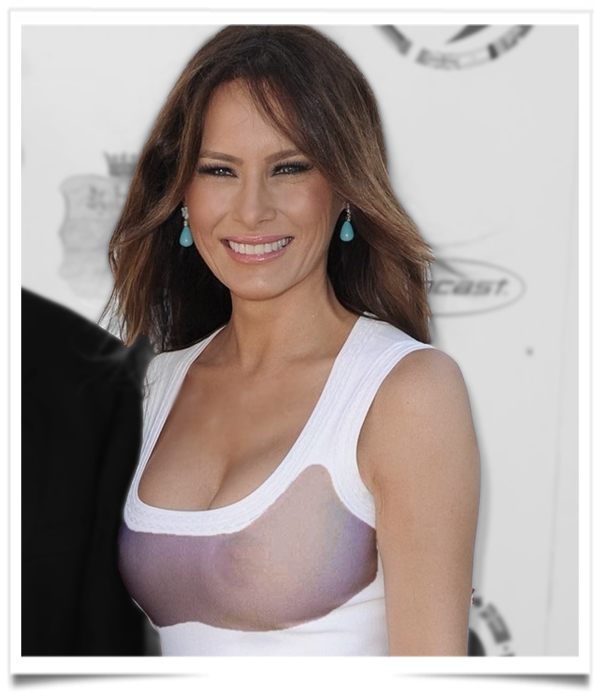 We are now a few days before the official presidency of Donald Trump as President of the United States of America. Besides the controversies Trump provoked during his campaign with his speeches, he had beside him his wife Melania Trump who broke in every term the official image of a first lady.

The naked pictures of Melania Trump released the summer of 2016 in two covers of New York Post created an earthquake and broke a taboo in the american puritanism. More than that Melania Trump was shown in the arms of another woman in the pictures done by the photographer Jarl Ale de Basseville inspired by the « menage à trois”. Trump told for the medias that he was proud of the pictures and that this pictures were art. He also claimed that in Europe and especially in France this kind of pictures are considered art and that there is nothing wrong with them: it is the celebration of the beauty of woman body.

What does this mean for the american puritanism and how this will change the idea we have of a first lady?

Meanwhile in Europe this has never been a big issue if we consider the story of Ciccolina with Berlusconi or Sarkozy with Carla Bruni where this last one before becoming the first lady in France had a long career in modeling with a considerable amount of nude pictures even more than that of Melania. This pictures never made any public polemic, in the contrary of Melania where her pictures were shown in all the magazines around the world. Is this because the power americans have on the international communication or because it was something happening for the very first time in their history?

If we have a look in history, the status of the first lady in the US has been that of a very traditional and conservative woman even in the modern times. It is true that from Jackie Kennedy to Michelle Obama the image of the first lady just started to have another dimension. The image of an icon of fashion and style but still contained in the frame of the official status. We would have never imagined that one day we would see naked art picture of a first lady. Surely one day we will go and watch it in the museums.

The fact that this picture didn’t have any negative impact on the election of Donald Trump shows that the americans are ready to accept nudity and sexuality even if this is coming from a first lady. If this is legitimized as something to be proud of, it might have a huge impact on what we consider freedom of women and her sexuality. It is to see what can happen next in our history maybe one day we will have a lesbian first lady or even a “menage à trois” relationship in the White House.