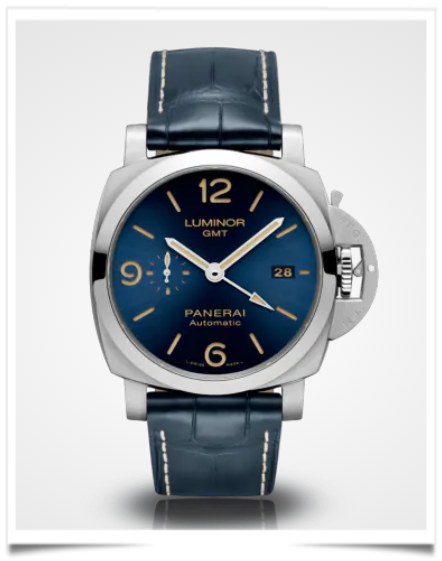 A high-end watch brand that is taking on the Goliath of global warming by using recycled materials for its products and packaging, and thus inviting other manufacturers to do the same. Besides making watches from recycled materials, Panerai has also published a list of its suppliers so that its competitors can use similar metals and substances to reduce prices.

He has also been considering the transition from the automotive industry to electric power like many of his Richemont colleagues in Switzerland.

Giovanni Panerai founded the company in Florence in 1860 as a watchmaking school, workshop, and store. The company supplied precision instruments to the Italian Navy and later to the Egyptian Navy.

For most of its history, it has been associated with military and underwater performance, one of the reasons Panerai works with the Intergovernmental Oceanographic Commission of UNESCO.Together, they are developing ocean awareness activities as part of the United Nations Decade of Ocean Sciences for Sustainable Development.

The first Panerai watches for civilians appeared in the early 1990s. In 1997, the company was purchased by Compagnie Financière Richemont (then known as Groupe Vendôme) and developed a cult following.

Collectors and enthusiasts of these watches, which range from £3,800 to over £60,000, are known as “Paneristi”. An unconnected group of them meets once a year to discuss the latest developments in watches.

Among the Panerai owners today are Michael Jordan, former President Bill Clinton, Arnold Schwarzenegger, and Jason Statham. The Panerai Submersible Goldtech OroCarbo received free publicity earlier this year when Dwayne “The Rock” Johnson wore it during his Super Bowl opening speech. Panerai even traveled to the International Space Station under extreme temperature and pressure conditions thanks to NASA and a Panerai customer in Scottsdale, Arizona.