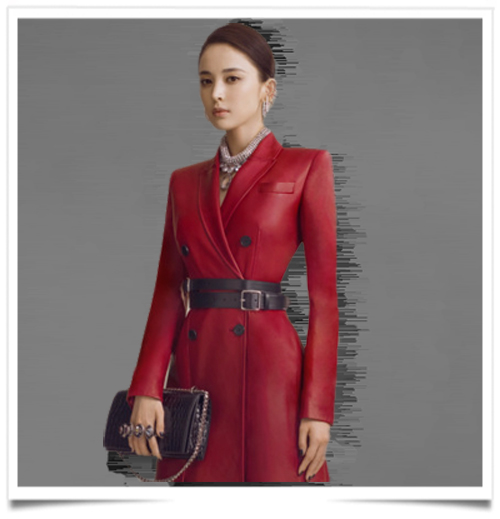 China is the Kering-owned brand’s biggest market, and have 18 stores in the Greater China region, including four in Hong Kong, three in Macau. British fashion house Alexander McQueen appointed Chinese actress Nazha to be their first China brand ambassador on Wednesday.

The brand made the official announcement on Weibo, China’s own Twitter, with five images of her wearing McQueen’s pre-fall 2019 collection.

“I am thrilled to be the brand ambassador of Alexander McQueen, may we join hands and walk into the unique aesthetic world of Alexander McQueen,” the actress said on Weibo. Born Gülnezer Bextiyar in Ürümqi, the capital of Xinjiang Uygur Autonomous Region, in 1992, Nazha began her modeling career at the age of 16 and later graduated from the prestigious Beijing Film Academy in Beijing in 2011.

She was soon cast in several TV dramas and rom-coms and given key roles. She won Breakthrough Actress at the 23rd Huading Awards, a Chinese equivalent to MTV Movie and TV Awards, as all results are based on fans voting.

She has been on the covers of the Chinese editions of Madame Figaro, Cosmopolitan, L’Official, Harper’s Bazaar, Grazia and InStyle.