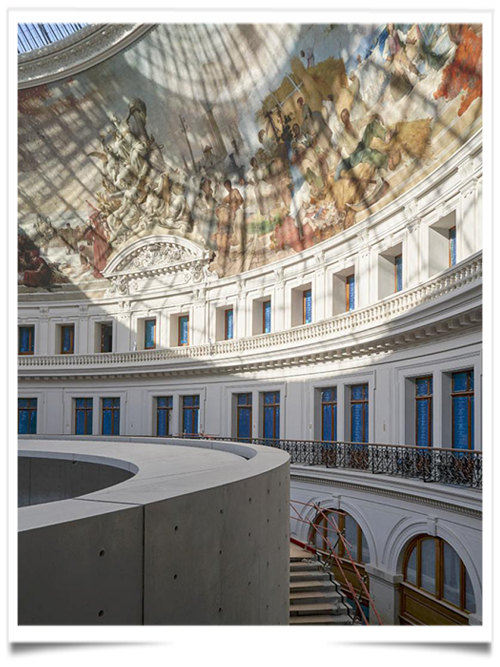 Billionaire François Pinault has decided to postpone the opening of his art museum at the Bourse de Commerce, renovated by Tadao Ando, until spring 2021 due to the coronavirus pandemic.

The historic building, renovated by the famous Japanese architect, was originally scheduled to be inaugurated in June after several years of renovation. It was completed on 9 March and workers were busy putting the final touches to the premises when France entered quarantine on 17 March.

“Following the announcement of continued containment due to the health crisis and given the uncertainty about the date of resumption of activity, the work required to complete the Bourse de Commerce cannot be carried out according to schedule,” the Pinault Foundation said in a statement on Friday.

The City of Paris is in the process of completing the construction work outside the building. Initially scheduled to last three months, this phase is now expected to take eight or nine months due to the rules of social distancing that are likely to remain in place once the lockdown is lifted, the institution explained.

The 150,000-square-foot building is located in the centre of Paris, near the recently renovated Forum des Halles shopping centre and in a neighbourhood that is currently undergoing transformation. The 18th-century building has a dome that is classified as a historical monument. Paul Smith and Lanvin used it for fashion shows during Men’s Fashion Week .

In May 2020, Bernard Arnault, CEO of LVMH Moët Hennessy Louis Vuitton, should have inaugurated the Hotel Cheval Blanc, and the no arms bandit commercial concept. Has the Lord postponed the opening? No comment, from the Châtelet Flag ship.