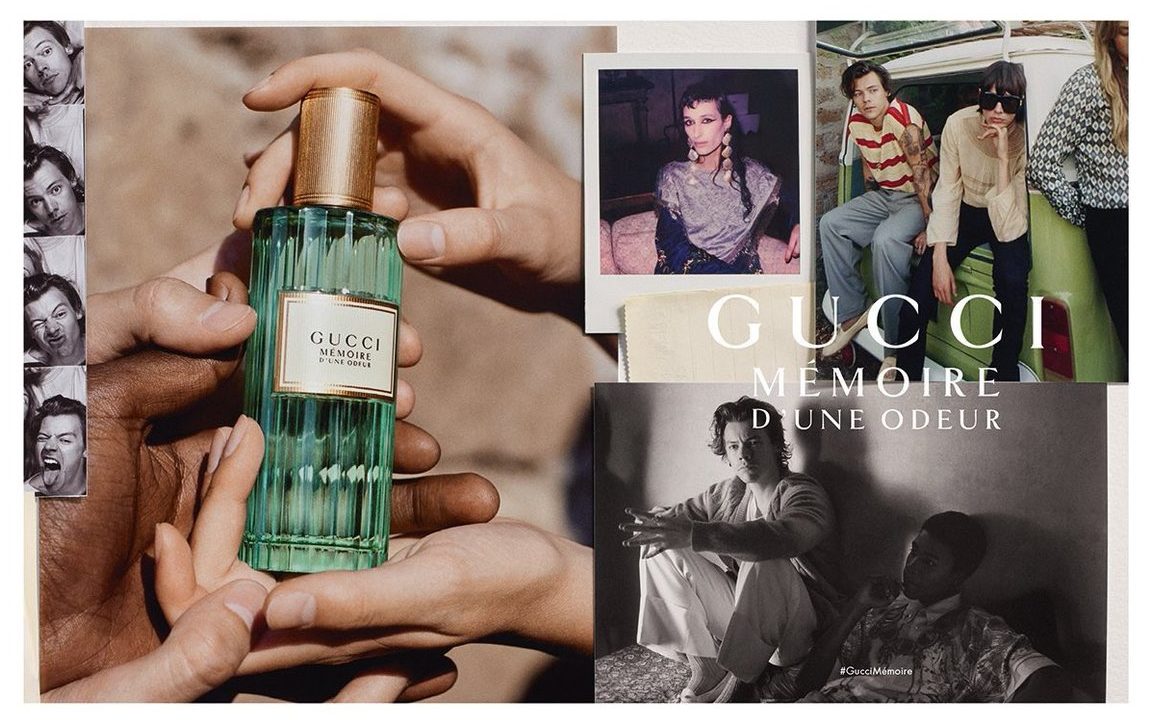 The luxury Italian house has introduced ‘Mémoire d’une Odeur’ to its Gucci Beauty portfolio, it announced via Instagram this week. The perfume, which the label categorizes as a “universal fragrance,” was inspired by “the power of memories which can be relived in the present.” It is creative director Alessandro Michele’s latest addition to a growing fragrance portfolio for the brand.
According to Gucci, the new fragrance is “a green aromatic scent,” featuring a note of Roman chamomile “that has grown around Rome in terraced gardens since the 16th and 17th centuries.” It comes bottled in a green glass flacon with a gold lid.

To mark the launch of the new scent, Gucci has released images and a video from its new campaign, shot by photographer Glen Luchford and set in the Roman countryside. The campaign stars former One Direction member Harry Styles, alongside creatives Zumi Rosow, Harris Reed, Ariana Papademetropoulos and Olimpia Dior, with the cast playing the part of a free-spirited family “who embrace life without inhibitions.”