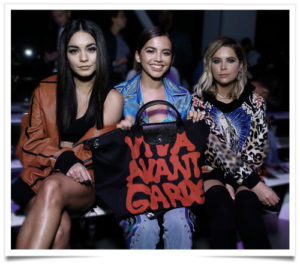 To celebrate the brand’s 70th anniversary, Longchamp is scheduled for September 8, to stage its first official runway Fashion Show in New York this Fall with a tandem with a tandem event scheduled on September 11,for the Opéra Garnier in Paris.

Known for its best-selling “Le Pliage bag”, the French leather goods firm has expanded its ready-to-wear offering over recent years as part of its repositioning as a lifestyle brand.

Meanwhile, Kendall Jenner, the new brand ambassador, is on board for four seasons, beginning with the fall 2018 campaign.

Among other projects Stateside, the brand is preparing to open its first Los Angeles store this fall.