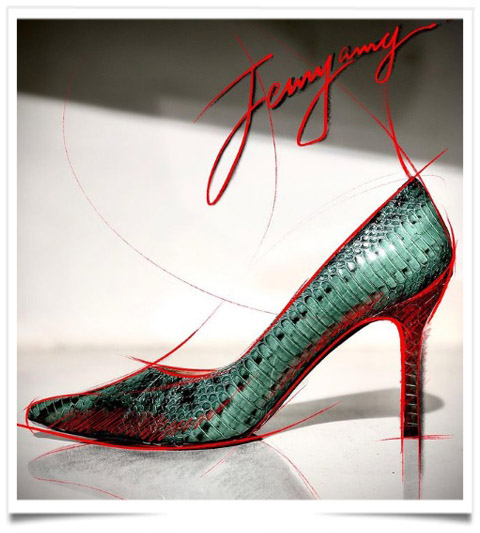 Shoes, like clothes, tell a lot about women’s life. They reflect elegance and their position in society. And if access to the red carpet is forbidden to those who would like to wear flat shoes, it’s because women like Jenny Yang creates to sublimate the feet of the fashion week. With a pair of heels, a woman can conquer the world. Here is the new weapon of massive seduction signed Jenny Yang, China at her feet, and before her the world and Europe, a playground for the desires of this woman of the world.

They fascinate, and reflect the state of mind and the multiple personalities she assumes in the course of the same day. The foot, “substitute of masculine attribute for the woman”, explains Freud, symbolizes her power, and, by covering it, we definitively take it out of its organic function to make it an object of desire.

Jenny Yang expresses in her creations the force that animates it. Women are much more daring than men, they dare colors and heels because they are sophisticated and it is an attribute with strong connotations of seduction. High heels for a modern woman capable of hindering herself to prove her full self-control.