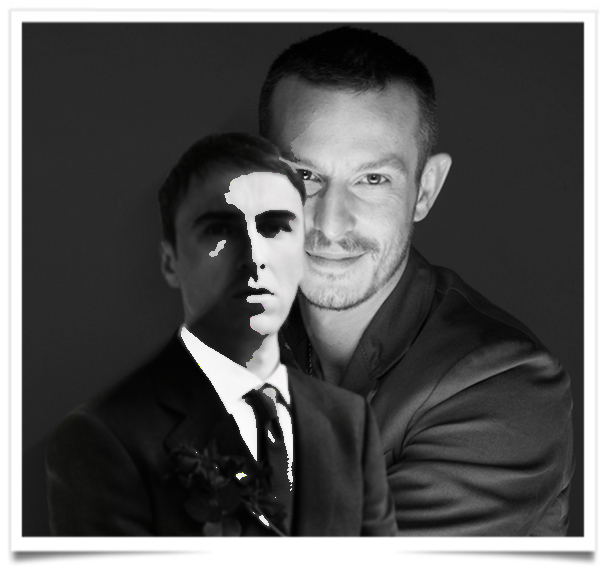 Jonathan Saunders, hailed as one of the most exciting and captivating fashion designers of the London showcase, has just been nominated the new Creative Director of Dior. To welcome him at Dior, his first capsule collection will be first presented in London and not in Paris as usual. Dior has ordered a new weapon of mass creative construction for the Dior label and makes a mockery of the Paris Fashion Federation – Shame on them!

Born in Scotland, Saunders graduated from Glasgow School of Art in 1999 with a BA in Printed Textiles, going on to graduate from Central Saint Martins in 2002 with an MA with distinction in Printed Textiles. Besides, his creative understanding of fashion has resulted in collaborations with dancers, artists and interiors companies alike. Whether designing carpets for The Rug Company, installations for the V&A or costumes for choreographers, the key codes of his house’s aesthetic – innovation, craftsmanship and a creative use of pattern and colour– have been translated into numerous different manifestations, each to resounding acclaim.

In 2003, Jonathan Saunders launched his eponymous womenswear label, and has come to be regarded as one of London’s design luminaries. He has established his name as synonymous with innovation in the domains of print, pattern and craftsmanship, and he is consistently hailed as one of the most exciting and captivating fashion designers of the London showcase. He closed his label in 2015.

Saunders’ collections of separates and wardrobe staples have gained him a loyal following, including industry leaders and style influencers, and his pieces regularly appear within fashion’s most renowned publications – including on three British Vogue covers. In addition to the brand’s ready-to-wear collections, 2014 saw the introduction of Jonathan Saunders Eyewear, as well as a unisex offering, both received with industry-wide and consumer enthusiasm.

Over the past decade, Saunders has received numerous accolades, including being awarded British Designer of the Year at the Elle Style Awards in 2007, and in 2012 receiving the British Fashion Council / Vogue Fashion Fund in 2012, and the British Fashion Award in Emerging Talent – Menswear. Additionally, he has worked with some of fashion’s biggest names – including under Alexander McQueen, and consulted for Christian Lacroix at Pucci, Phoebe Philo at Chloé and Paul Smith – alongside collaborations with major retailers including Target, Topshop and Debenhams.