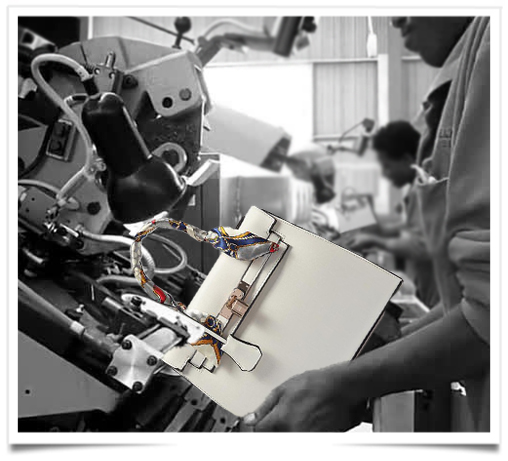 The luxury brand will build plants in Bordeaux, in southwestern France, and in Montereau-Fault-Yonne, southeast of Paris, where it has been present since 1996 following the acquisition of the Gordon Choisy tannery. Each site will eventually employ 250 craftspeople specializing in leather goods.

Today the maker of Birkin bags and silk scarves has 15 plants in France, most of which employ between 250 and 300 people. In 2016, Hermès invested 71 million euros in its production facilities and secured its supply chain.

The profit growth was fueled by a 14 percent jump in organic sales of leather goods and saddlery, following a 12.6 percent rise in 2015. Each handbag requires on average 16 hours to make by hand, meaning most artisans produce just two a week, Hermès chief executive officer Axel Dumas said earlier this year.

In a context of high unemployment levels in France, especially in rural areas, Hermès took on 590 new employees last year, bringing its total staff numbers to 12,834 at the end of 2016. Some 400 of these positions are based in France, where 61 percent of the firm’s employees work in manufacturing positions.