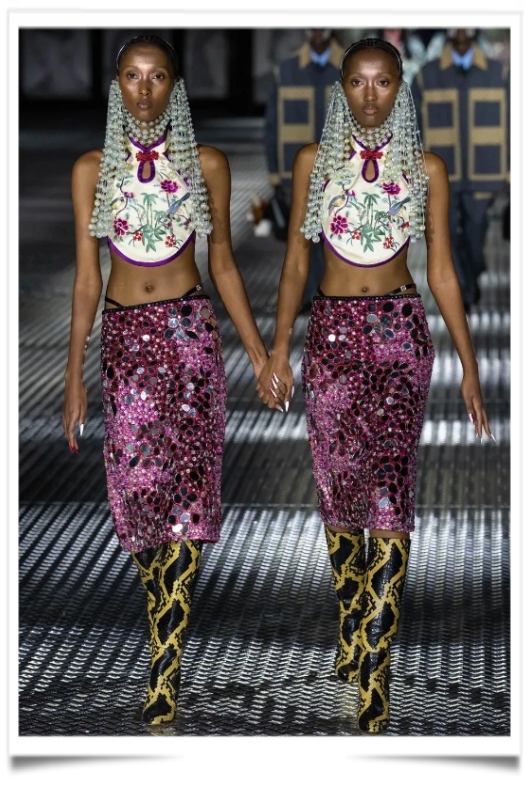 Who knows the gemellity? This cramped place where for nine months, it was necessary to cohabit with an apostate, sectarian, in a word a human Knockoff! So here is the Gucci fashion show in “twin” twice as many clothes twice as much trash, twice as much incoherence! I would have preferred the Twin Cilynder of the Harley-Davidson softer to my ear as Artemis would have liked. Is it a reflection on the identity “to be equal is to be identical? Subject that gives the artistic director of Gucci an intrigue, and dividing the audience into two parts by twin portraits. The botoxed and surgically enhanced bimbos who all look the same on one side, and the others who look like nothing.

Welcome to “Twinsburg”, a town in Ohio transported to Milan, and to have kept the secret of 68 pairs of twins, for a reflection on identity and particularism was a tour de force. The twins have something disturbing especially for others, but beyond the visual appeal and conceptual interpretations, on the solidarity of twins Michele really wants to exploit, or not.
The creator concerned about the climate crisis, the rise of anti-gay sentiment and the renewed threat of nuclear war, gives the audience, an emotionally charged performance of the sum of all the world’s fears. “When we are many, we are much stronger,” he said after the show, like a child lost in the meanderings of creation, and the changing climate, certainly the memory of the summer heat that was unbearable, and yet the “sow must go on.”
F 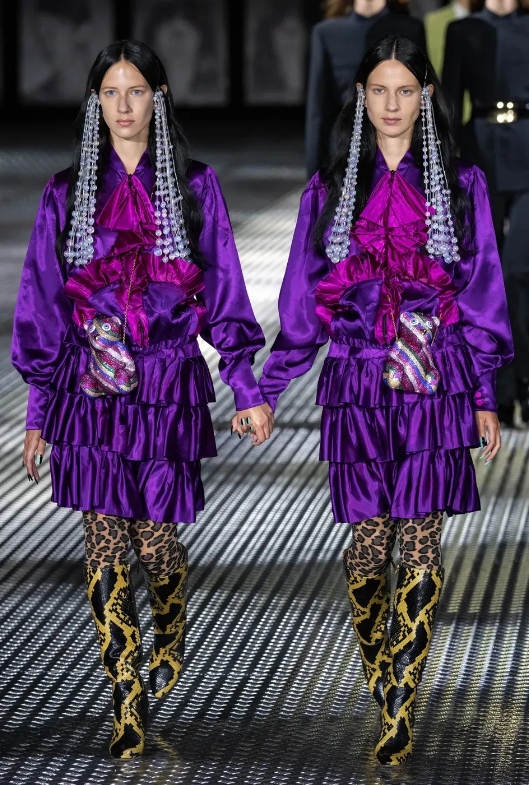 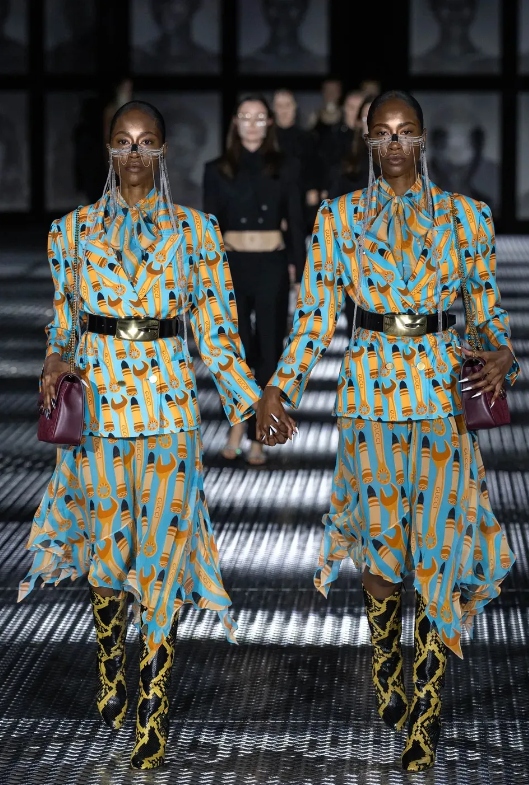