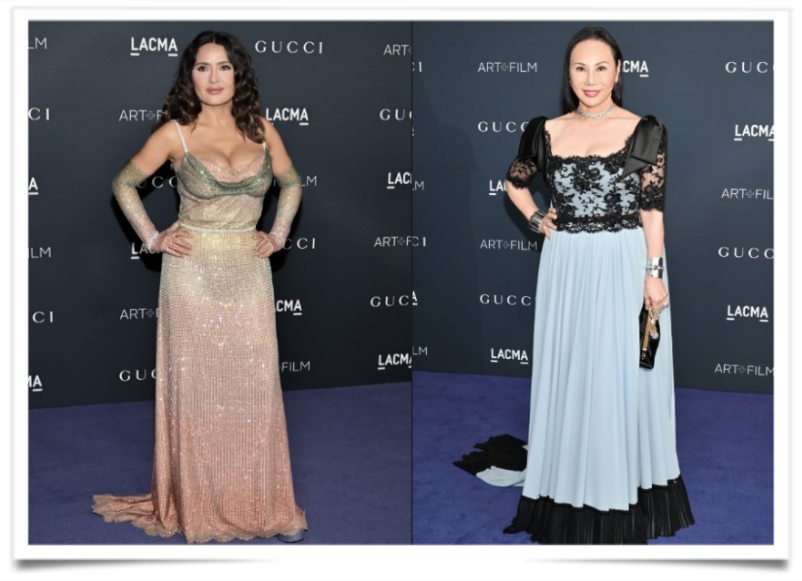 The 11th annual Art+Film Gala on Saturday night in Los Angeles, California, where DJ D-Nice had guests dancing right off the purple carpet and into the cocktail party, on Dancing Queen.
The art-, film- and music-filled night attracted a who’s who of Hollywood and the fashion gave the Met Gala a run for its money, from Julia Garner’s Old Hollywood, serpentine-green beaded Gucci gown to Billie Eilish’s GG cozycore, and Olivia Wilde’s red patent leather opera gloves.
The honorees were 87-year-old pioneering California Light and Space movement artist Helen Pashgian and South Korean director Park Chan-wook, whose film;Decision to Leave&quot; is the country’s entry into the 2023 Oscars, after he already won the best director award at the Cannes Film Festival.
Dinner came courtesy of Gucci Osteria chef Massimo Bottura, and was good enough for even the calorie-conscious crowd to nibble on. But it was running late. Cocktail hour had kicked off at 6 p.m. and the after party was to start at 9 p.m.
By 9:30 it hadn&#039;t, and Kim Kardashian and Kendall Jenner ducked out, likely heading to celebrate mom Kris Jenner’s 67th birthday.
A crowd of Europeans and uber-skinny models was also outside, chain smoking and drinking. Salma Hayek mingled nearby. At 10:19 p.m., she was on stage introducing the special musical guest: Sir Elton John.