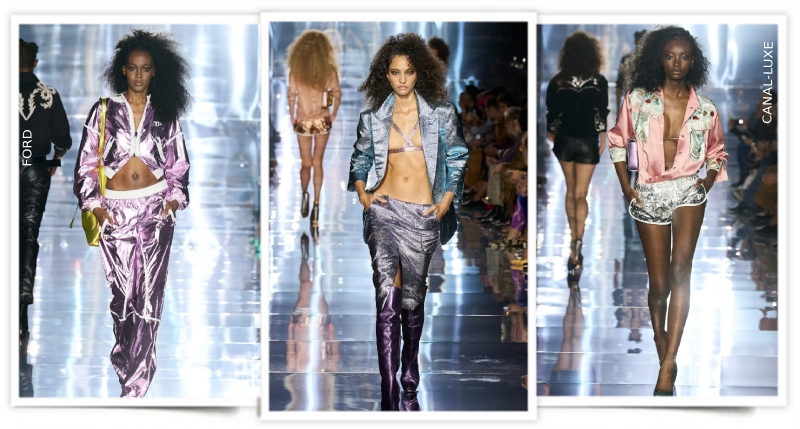 It was reported in July that Tom Ford was considering selling his brand. Industry talk has suggested the deal might be worth $3 billion, but the designer has said little since then.
In light of that, it’s no wonder he put on the razzle dazzle tonight, bringing in Madonna, Chris Rock, and Ciara, among others, and presenting a collection with Hollywood Boulevard and Elvis-in-Las Vegas vibes, with pastel lamé, Nudie Suits, and black lace.
For all the glossy surfaces and metallic shine, however, there was an undeniable melancholic undercurrent. When the daywear section concluded, a soundtrack of upbeat ’80s hits was swapped out for Freddie Mercury singing “Time Waits for No One.”