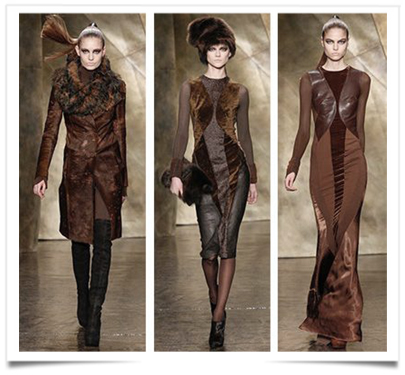 Tuesday, Donna Karan announced that she will step down from her role as Chief Designer of Donna Karan International to focus on her Urban Zen Company and Foundation.

DKI will not replace Donna Karan as Chief Designer at this time and it will suspend its runway shows and collections for a period of time. Karan will also remain a close advisor to the company. “Donna Karan New York is a part of me, past, present and future,” said Karan. “It has been an honor to speak woman to woman about Seven Easy Pieces that forever changed the way women dress. I want to express my gratitude and my deepest feelings to the dozens and dozens of colleagues over the years who have helped take Donna Karan New York far beyond my wildest dreams.”

Karan started her company in 1984 and launched the younger, urban DKNY brand five years later. She created a modern system of dressing that simplified life for women without sacrificing elegance.

Karan has won countless awards throughout her illustrious fashion career. The CFDA has recognized her on multiple occasions and honored her with a Lifetime Achievement Award. Parsons School of Design at The New School gave Karan an honorary doctorate for her contributions to the industry and her alma mater. President Clinton presented her with the Clinton Global Citizen Award and she has received the Gordon Parks Foundation Award for using creative means to change the world.

She launched Urban Zen, luxury goods made in partnership with artisans who align with the company’s “soulful economy” mission, in 2007. Proceeds from the sales go to philanthropic health care and education projects around the world through the Urban Zen Foundation.