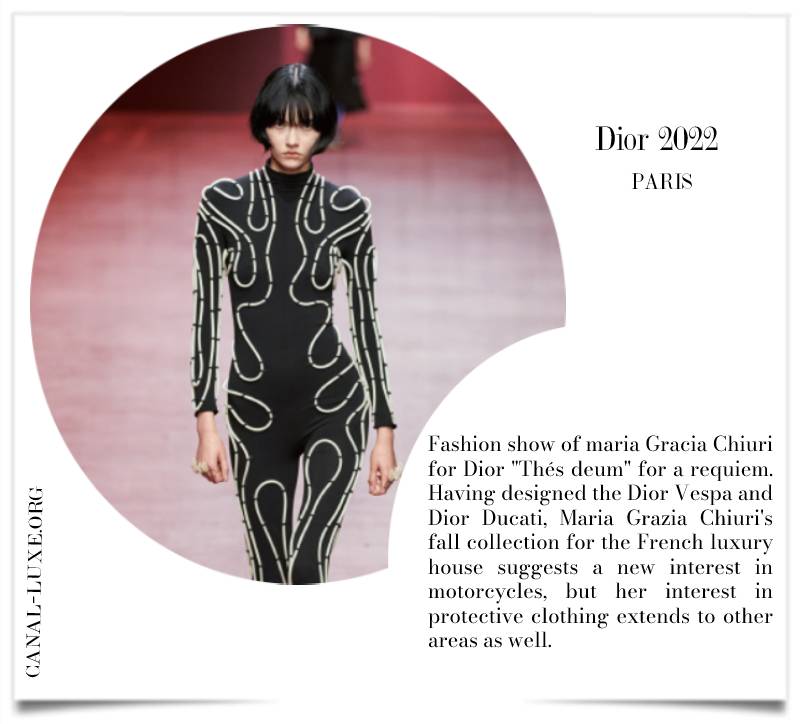 D-Air Lab, a start-up that produces items such as the Antarctica Suit, which allows scientists to work at temperatures as low as minus-128 degrees Fahrenheit, collaborated with the designer. As well as the suit’s electronic control unit, the start-up also displayed variations of its airbag vests.
Fashion show of maria Gracia Chiuri for Dior “Thés deum” for a requiem. Having designed the Dior Vespa and Dior Ducati, Maria Grazia Chiuri’s fall collection for the French luxury house suggests a new interest in motorcycles, but her interest in protective clothing extends to other areas as well.