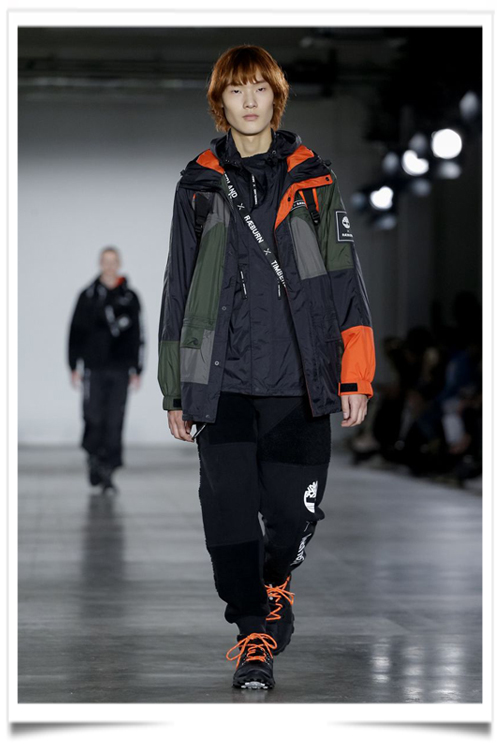 Christopher Raeburn’s is celebrating his 10 years in business in which many of his contemporaries have fallen by the wayside. In large part, that’s doubtlessly due to the bracing reality of the clothes he creates: functional, intelligible, simple, desirable. But his philosophy – to make fashion in a responsible, open, and transparent way has gone from being a fringe concern to becoming a core part of the industry’s conversations with itself, and with a wider world. His anniversary show was dedicated to Raeburn’s greatest hits utility-focused outerwear, no-nonsence knits, streamlined joggers.

But there was a new, heightened transparency during the show quite literally, in the case of clear nylon puffer jackets, filled with multicoloured fabric offcuts, in taped-seam outerwear and cashmere sweaters patchworked with recycled knits.There might have been other, more visually futuristic collections on show yesterday, but Raeburn was perhaps offering the most radical vision of all: a fashion label with a real future, in every sense of the word.