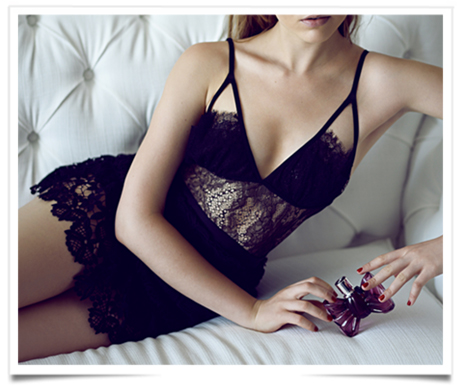 The Dutch fashion designer duo has unveiled a new addition to its “Bonbon” fragrance line, with a “haute couture” inspired reinterpretation of the Viktor & Rolf scent. The Eau de Parfum is due out in August 2016.

Two years after launching its gourmand fragrance, “Bonbon,” Dutch designers Viktor & Rolf have reinterpreted the scent — as well as its bottle — in a haute couture version.

Between elegance and glamour, “Bonbon Couture” is directly inspired by the label’s haute couture creations, which generally bear the brand’s iconic bow — a Viktor & Rolf signature. It’s therefore no surprise to see the scent revisit the bow with new proportions.

The bottle is meticulously crafted by master artisans at the Pochet du Courval glass workshop. While its outline remains unchanged, evoking haute couture draping of organza and duchess satin, the bottle gets the iridescent shimmer of mother of pearl. In a raspberry pink color, it comes finished with the label’s seal and a black ribbon.

This new scent was developed by perfumers Serge Majoullier and Cécile Matton, ramping up the original’s gourmand notes for an intense and luxurious effect. “Bonbon Couture” opens with notes of mandarin, neroli and peach, followed by a heart of orange blossom, Sambac jasmine and caramel. The base brings notes of patchouli, sandalwood, vanilla and blonde tobacco.