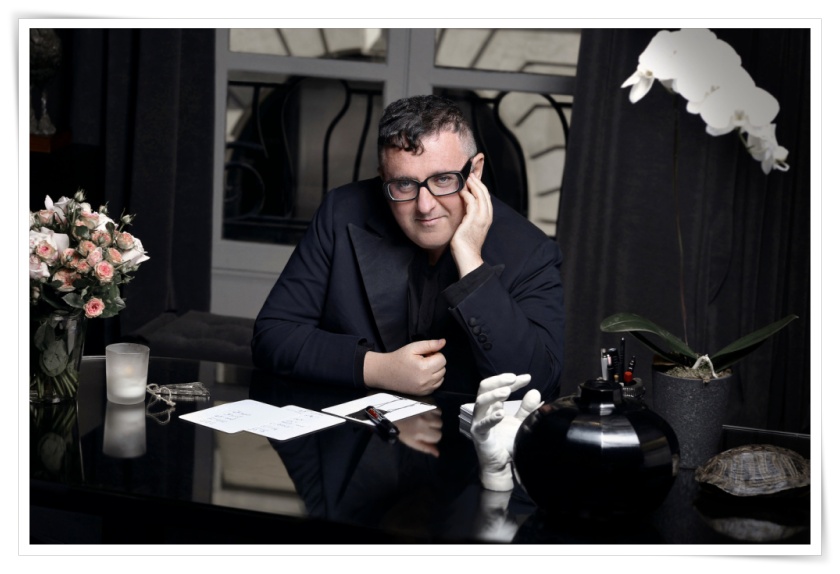 His death, due to COVID-19, was confirmed by Compagnie Financière Richemont, his joint venture partner in AZ Factory, his latest fashion venture.

Alber had a richly deserved reputation as one of the industry&#039;s brightest and most beloved figures. I was always taken by his intelligence, sensitivity, generosity and unbridled creativity,&quot; Rupert said. &quot;He was a man of exceptional warmth and talent, and his singular vision, sense of beauty and empathy leave an indelible impression.

Born in Morocco and raised and educated in Israel, the designer moved to New York in the mid-1980s. After a stint at a bridal firm, he landed at Geoffrey Beene, working as his senior assistant for seven years.

Elbaz came onto the international radar when he was recruited by Ralph Toledano to helm Guy Laroche in Paris in 1996, a stint that won raves, media attention and the job offer of a lifetime: to succeed couture legend Yves Saint Laurent at the helm of Rive Gauche ready-to-wear.

After three seasons, Elbaz was fired in the wake of Gucci Group’s takeover of YSL, with Tom Ford picking up the design reins. Elbaz subsequently did one season with Krizia in Milan before sitting on the sidelines of the business for one year.

He returned to the fashion spotlight last January during couture week in Paris, though he was loathe to call it a comeback. Via a humorous mini movie, he unveiled three “projects,&quot; the first of which — formfitting dresses dubbed My Body — went on sale immediately on the AZ Factory website, Farfetch.com and Net-a-porter.com, the Richemont-owned e-tailer.

Key elements of the AZ Factory project were cutting-edge “smart” fabrics, a new business model hinged on projects rather than collections, and with storytelling, problem-solving and entertainment embedded in design, distribution and communications.