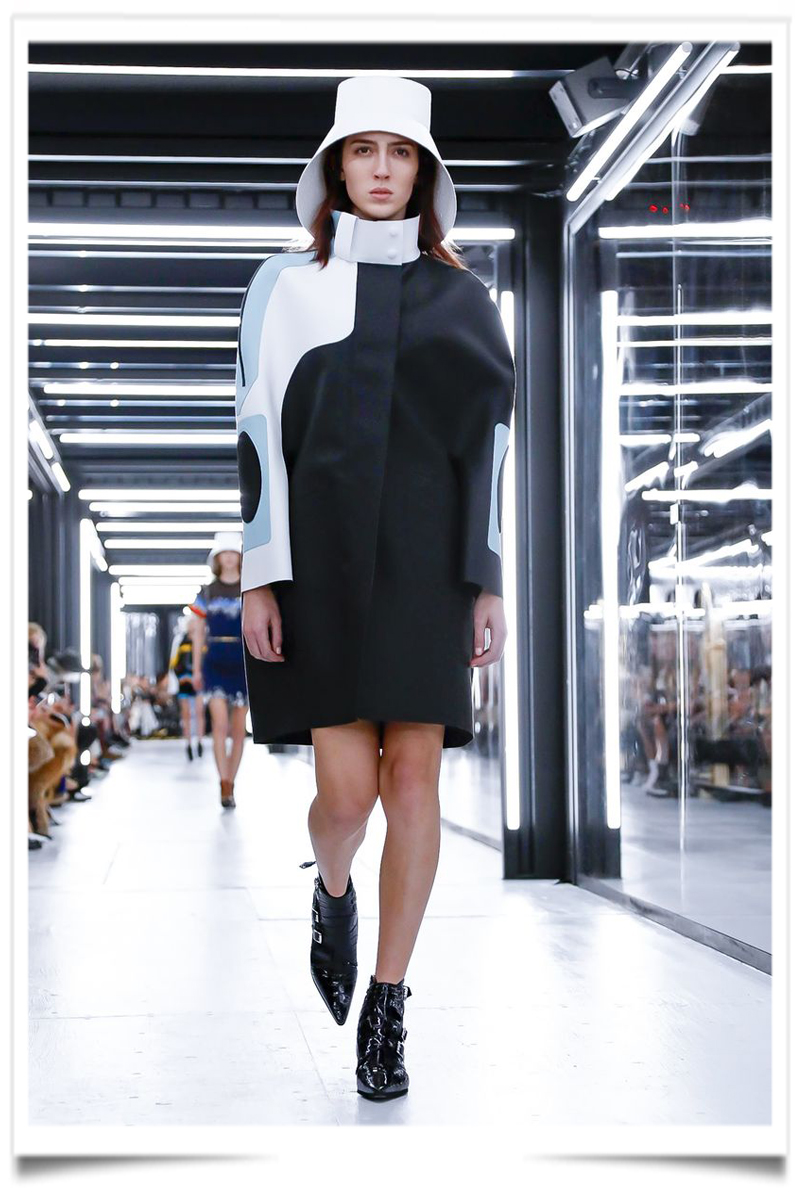 Nicolas Ghesquière tapped into his obsessions with sci-fi imagery and garment construction with a collection designed to empower women.

Nicolas Ghesquière embraced the moment with his lineup of retro-futuristic clothes, shown in a maze of neon-lit tunnels set up in the courtyard of the Louvre Museum after dark.

“This is not a narrative collection. This is about my obsession to empower women,” he said after the show. “There were so many discussions the last months about the place of women, and I thought that this is really an intuition to want to give power when you are a designer.”

He did that by tapping into a few of his other obsessions: sci-fi imagery and exaggerated volumes. Dominican model Ambar Cristal Zarzuela, making her Paris debut, opened the show in an oversized blouson with mille feuille sleeves featuring photo prints of candy-colored artificial landscapes.

With its echoes of “Star Wars” and Pink Floyd’s “Dark Side of the Moon” album cover, the imagery was reminiscent of Ghesquière’s work at Balenciaga in particular the curved white hats that looked like shrunken versions of Cristóbal Balenciaga’s futuristic 1967 wedding veil.

Quite what he meant wasn’t clear: was Ghesquière trying to claim a stake in the androgynous tailoring movement that is being revived by Hedi Slimane at Celine? Or was he trying to demonstrate that a brocade floral jumpsuit could look just as tough?