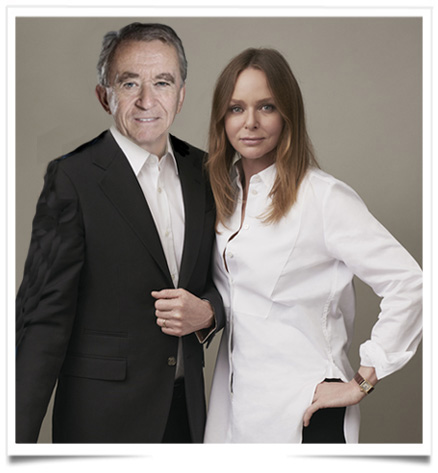 LVMH said Monday that Stella McCartney would continue as creative director and ambassador of her brand, while holding majority ownership. Stella McCartney, who confirmed her split from Kering last year, switching sides in a new partnership with France’s other luxury giant, LVMH Moët Hennessy Louis Vuitton.

McCartney’s is the second female-run fashion house that LVMH has taken on board this year, after the owner of Louis Vuitton and Dior set up a luxury maison with singer and entrepreneur Rihanna under the Fenty label.

In addition, she will hold a specific position and role on sustainability, as special adviser to LVMH chairman and chief executive officer Bernard Arnault and the executive committee members. END_OF_DOCUMENT_TOKEN_TO_BE_REPLACED