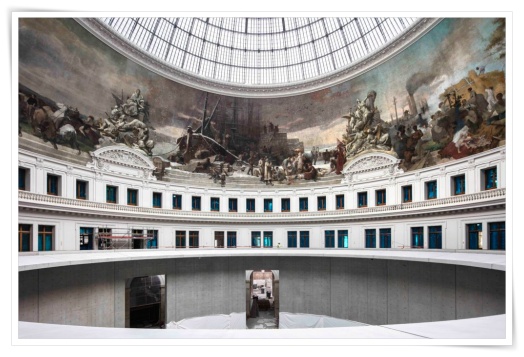 More than 20 years after first floating the idea of creating an art institution in Paris, billionaire François Pinault will finally open the doors of his private museum to the public on Saturday. The Bourse de Commerce is the latest venue to house the Pinault Collection, after the Palazzo Grassi and Punta della Dogana in Venice, Italy.

The museum is housed in a historic building in central Paris that can trace its roots back to the 16th century. At one point it served as a grain exchange, with an imposing circular floor that is the centerpiece of a renovation led by Japanese architect Tadao Ando, who has erected a concrete cylinder in the central rotunda.

Project began in 2017 and was completed in March 2020, the new museum features more than 75,000 square feet of exhibition space, in addition to a restaurant, the Halle aux grains, run by award-winning chefs Michel and Sébastien Bras. END_OF_DOCUMENT_TOKEN_TO_BE_REPLACED