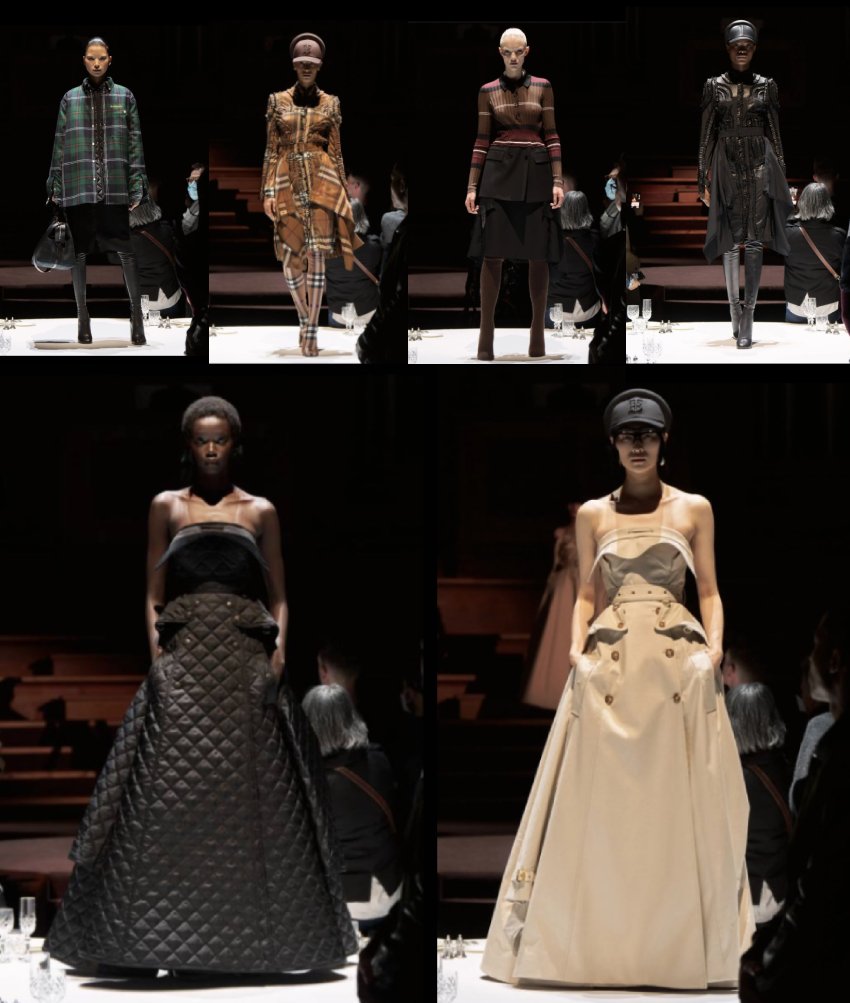 Even with no seats, no front rows and no guest hierarchy, Burberry’s very democratic show featured actors, models, artists and musicians. At the drinks party ahead of the show on Friday at Methodist Central Hall Westminster, some of them had a quiet chat with designer Riccardo Tisci backstage.

Before the show, Burberry’s first live event, models posed in the drizzle at the venue entrance and munched on sandwiches and Champagne. The models included Gigi and Bella Hadid, Irina Shayk, Ano Kyai, Mariacarla Boscono and Selena Forrest. The only thing we can say about this collection is that Tisci is doing Gucci with Burberry.