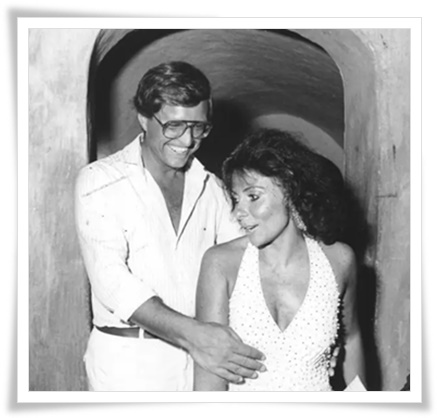 While much of the subsequent media attention obviously focused on Maurizio Gucci’s murder in 1995 the anniversary of which is Saturday his ex-wife Patrizia Reggiani’s jealousy and greed, and their strained relationship, Morante talked some light on the events that preceded the tragedy and which also helped set the scene for the global development of the luxury goods industry  such as the arrival of private equity funds and international and diverse creative and management teams as well as the challenges family businesses face.

Maurizio Gucci was the first to realize the potential of the Gucci brand at a moment when the luxury industry was nascent. In the late ‘80s, Maurizio understood ahead of time that the luxury industry was about to embark on and experience a global renaissance. Not everybody was convinced at that stage, he told to Jacques Mouclier about Haute Couture and Metiers d’Art ; the only man who shared the same opinion.

Maurizio Gucci was also quick to understand the role finance would play in the glittering world of luxury. The arrival of the Anglo-Arabian Investcorp signaled “one of the first and most interesting cases of private equity investments” aimed at helping him take the leadership of the Gucci Group.

The tragedy is that while Maurizio was desperately trying to prove that Gucci could become a global player in the luxury industry, he ended up losing his company and, soon thereafter, his life. “Patrizia Reggiani played no part in all of the above developments but, once she found out that Maurizio had fallen in love with another woman, she decided that she was going to kill him, initially saying it as a joke and then she ended up actually doing it. A saga that today will be in the months to come a movie.