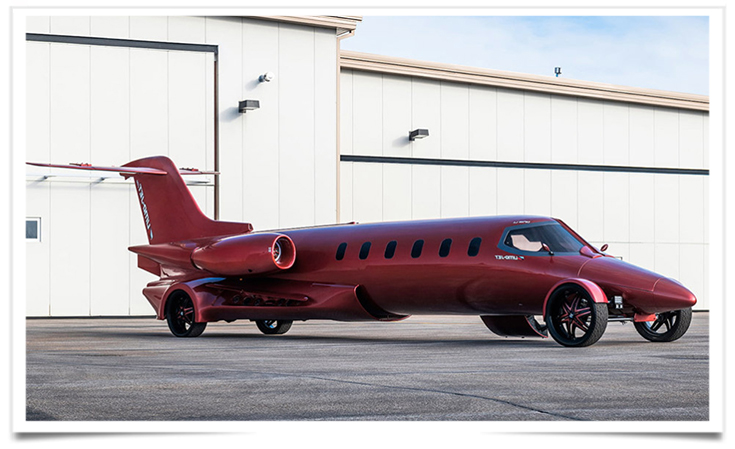 Unsure if a limousine or private jet is a more ostentatious way to splash out some cash? Why choose? Especially when you can spend your money on a vehicle that combines the best of both worlds the Learmousine.

That’s right, someone on planet Earth actually decided to convert a Learjet into a limousine, and now the bonkers prototype is scheduled to hit the block at Mecum Auctions’ upcoming Indy 2020 sales event. (And yes, we know it’s April Fool’s Day but the Limo-Jet, as it’s officially known, is more real than we could ever hope.)

At 42-feet-long, the Limo-Jet began its life as a regional aircraft manufactured by Learjet, according to Autoblog. But then, designer Dan Harris of Oregon got the bright idea to turn it into something a little more, well, grounded. So, after two years of research and development, and with 40,000 man-hours of work overseen by Chicago-based Exotic Coach, the Limo-Jet made its public debut during the summer of 2018.

Inside the Limo-Jet, the driver sits in front of a four-spoke steering wheel, a Chevy Silverado instrument cluster, along with four screens that provide different views of what’s going on outside the vehicle. The rest of the interior looks just like your average Vegas nightclub, with loads of neon lights, an infinity floor, a flat-screen TV, a 17,000-watt sound system and 18 seats for you and, well, plenty of other people. 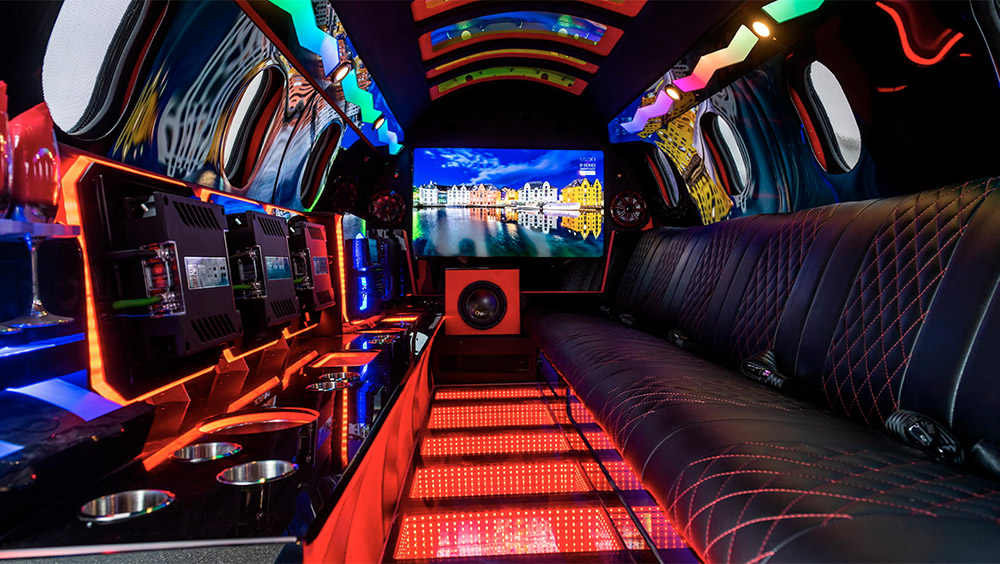