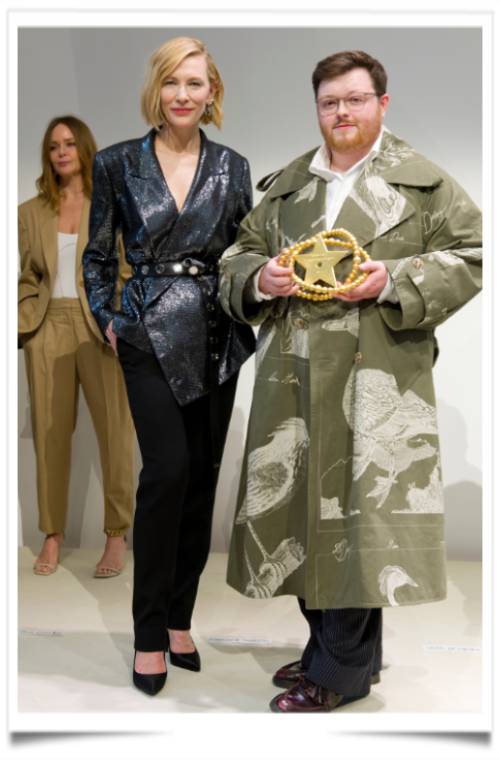 British designer Steven Stokey-Daley, 25, has captured hearts and minds with his theatrical shows at London Fashion Week that view the British class system through a queer lens, gaining high-profile fans including Harry Styles, who wore his graduate collection in his “Golden” music video.

The Nigerian-born, London-raised designer Idris Balogun impressed the judges with his menswear brand Winnie, rooted in his experience as an apprentice on London’s exclusive Savile Row, and as a senior menswear designer for Burberry and Tom Ford.

The jury was moved by the mettle of a group of designers emerging in the midst of a global pandemic.

Three students graduating in 2022 were awarded 10,000 euros each and a one-year placement in the design studio of an LVMH brand. LVMH influences the fashion and realizes the work of French schools and organizations; refocusing around the lord a circular business to conquer the world. The new slogan of fashion, if you lick the boots of the Lord you will be a designer my son.