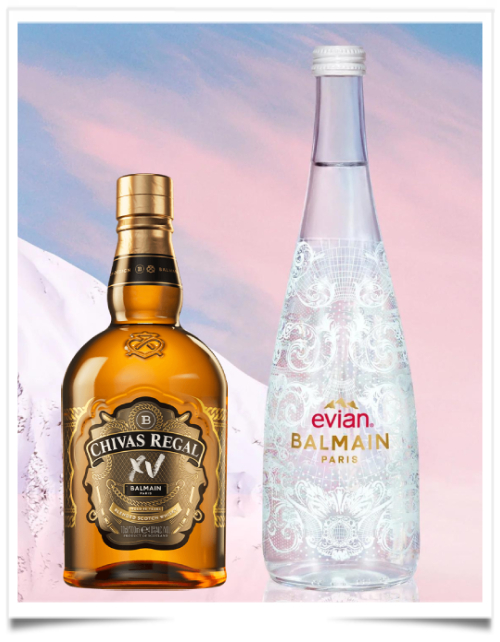 Alcohol is brown but reddens the face, while yellow gold always blackens the heart.  A whiskey to start seeing double like Gucci or see blurred to appreciate the “Wonder Toy” fashion in David yellowstone. After Evian by Balmain, the house really needs cash flow, it must sell something! So Evian water for Qatar is still better than whiskey forbidden to Muslims. A “Shiva” or nothing had confused the designer, confusing Chivas and Shiva, the god of the destruction of illusion and ignorance: it suits him so well.

Rousteing is like this sultan, who betrayed by his companion, is persuaded of the infidelity of all men. So he swears to conquer one of them every night and to have his head cut off the next day. For three years, this barbarism consumes the city, and to stop the course of this gay genocide, Whisky’s “Shérazade” proposes marriage to him, much to his father’s dismay.

But the son of the Vizir has more than one tale in his bag, and night after night, he maintains the interest of the king of kings of Quatar, he tells him that he was a dressmaker in another world, thus transforming Pierre Balmain into Pierre I’m no coward. What finally “turlute pine” him now is to be put in a coffin without alcove … Especially in case of sudden death! No ?