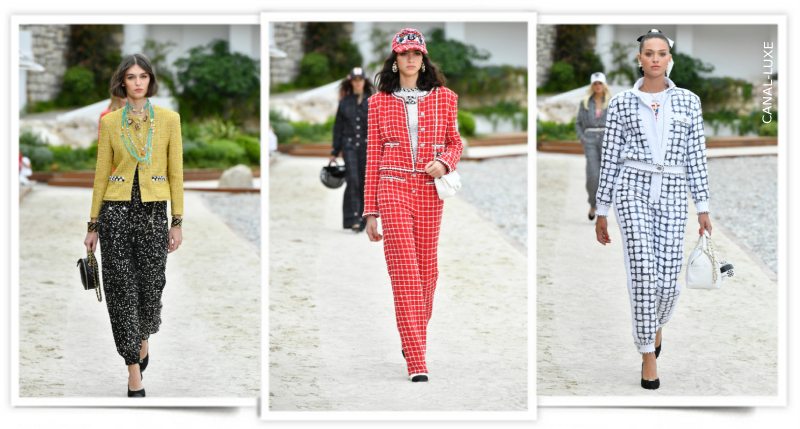 For the last century, Chanel has played an integral role in the life of the tiny principality, beginning with the opening of founder Gabrielle “Coco” Chanel’s first subsidiary here in 1913. Since Lagerfeld’s death in 2019, Virginie Viard has committed to writing the next chapter of the story with her cruise collection, which is equal parts homage to Princess Caroline and tongue-in-cheek wink to pop culture.
Princess Caroline and her daughter Charlotte Casiraghi, a Chanel brand ambassador since 2021, gathered at the Monte-Carlo Beach hotel, a stone’s throw from Villa La Vigie, where Lagerfeld used to spend his summers.
A number of celebrities, including Kristen Stewart, Tilda Swinton, G-Dragon, Sofia Coppola, and Vanessa Paradis, sat on sun loungers in striped canvas beach cabins, trying to ignore the overcast sky.