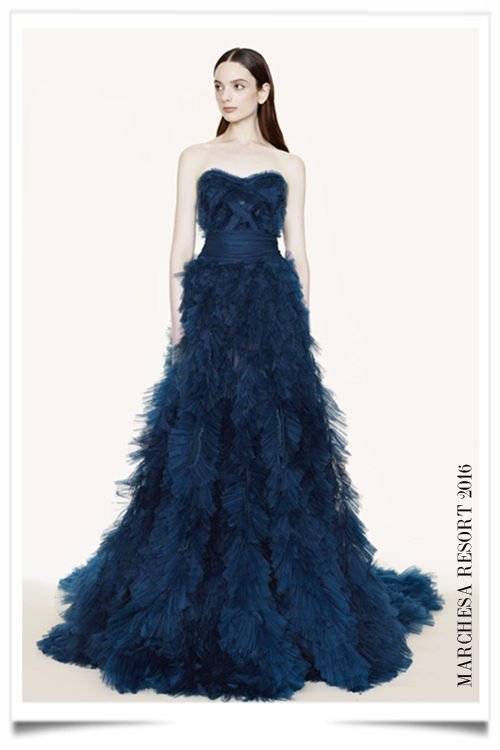 Sandra Bullock wore Marchesa at the 2010 Academy Awards, where she won Best Actress and was also named among the best dressed by readers of the Huffington Post.

Marchesa is sold in high end department stores worldwide including Neiman Marcus, Bergdorf Goodman, Saks Fifth Avenue and Net-A-Porter, in the US.

Marchesa is named after socialite Marchesa Luisa Casati. British born Georgina Chapman and Keren Craig met at Chelsea College of Art and Design in London. Georgina, a 2001 graduate of the Wimbledon School of Art, began her career as a costume designer.

Keren graduated from Brighton Art College in 2000 and subsequently focusedon print and embroidery design. Georgina’s draping and design paired with Keren’s textile creations resulted in the establishment of Marchesa in 2004