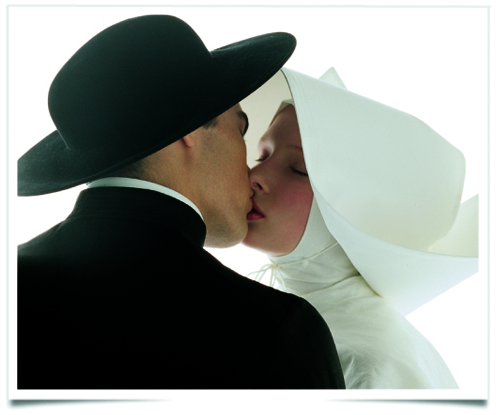 Benetton is back. After having revamped its operations, cleaned up & refurbished its stores and refocused on its product offers to redevelop the United Colors of Benetton brand.

“I think it is the right time to start having fun.”  Benetton has called back Oliviero Toscani to launch its new communication campaign that is expected to be launched on December 1st. The The Italian fashion company is thus renewing a collaboration with the photographer that made history in the Eighties and Nineties for its controversial photos and campaigns that shines a light on issues such as the death penalty, AIDS, racism and homosexuality. The old receipes make successful businesses.

His explicit and transgressive campaigns for United Colors of Benetton included images of a sensual kiss between a priest and a nun or a black horse mounting a white one, for example. While Luciano Benetton no longer has an operative role within the family-owned company, it is understood he has played a significant part in reigniting the collaboration with Toscani, posting on Facebook a photo of himself and the photographer with the caption.