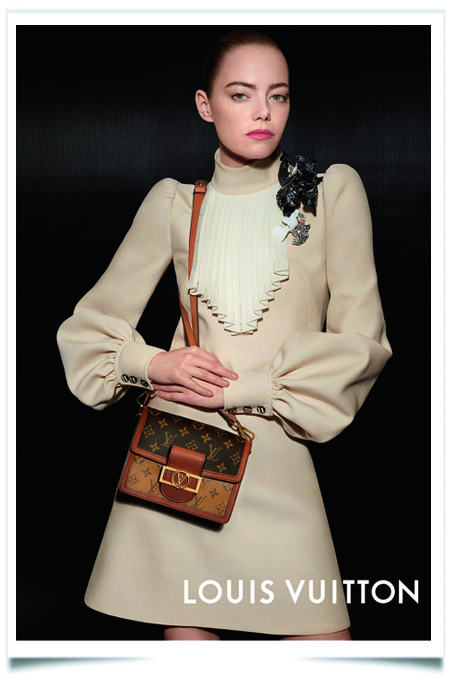 Louis Vuitton has teamed again with Collier Schorr for its spring campaign. The photographer shot actresses Emma Stone and Zhong Chuxi and a cast of models at London’s Park Lane Hotel.

They are captured in the Belle Époque outfits designed by creative director Nicolas Ghesquière, toting signature handbags such as the new Vanity in Monogram and the latest versions of the Dauphine.

The campaign is due to break in the February issues of international magazines, accompanied by a series of short digital films, to be posted on Louis Vuitton platforms in February, set to a track by transgender singer Sophie, who appeared on a giant video screen during the brand’s spring runway show.