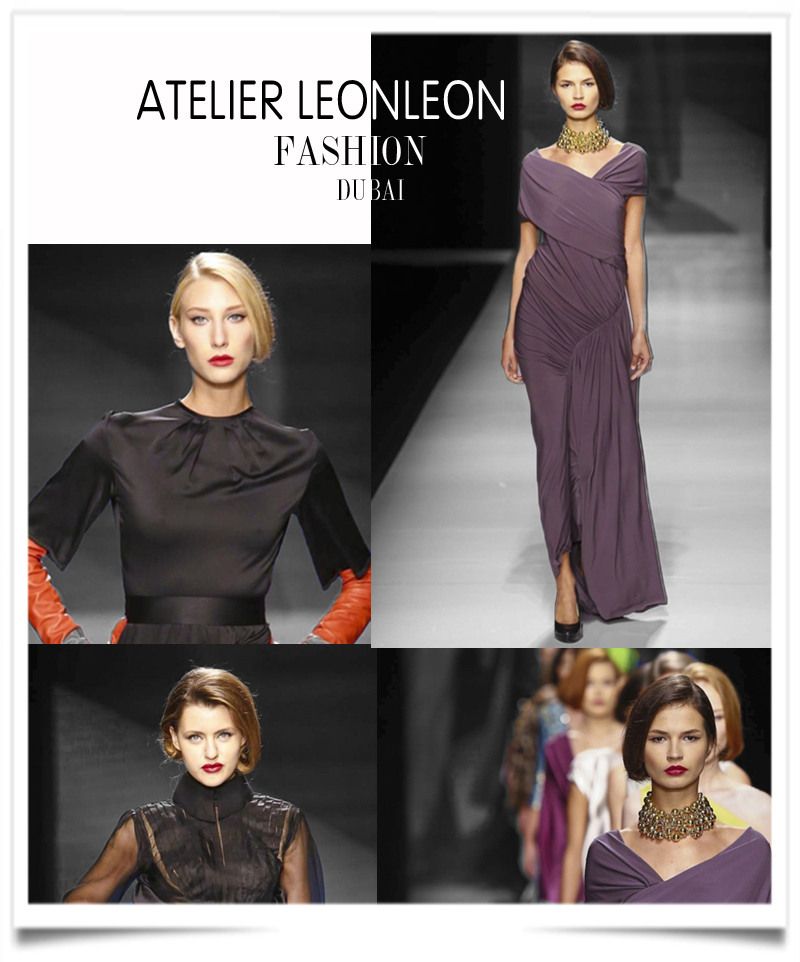 At eleven, he created a cotton khaki shirt-dress with bat-sleeves for his first client. At the age of sixteen, he won third prize for daywear in a national design contest, which he won in the knitwear category the following year.

This led to contracts with several knitwear companies which allowed him to finance his first collection, which he presented in 1988 at the age of nineteen. After the show, he enrolled at the Couture Akademie Bijenveld, graduating in 1992.

By an apprenticeship with couturier Frank Govers he discovered his passion for couture and craftsmanship.As a part of the international nightlife, the designer created glamorous costumes and spectacles in Amsterdam, New York and Paris with much acclaim.

In 1996 Leon Klaassen Bos was hired as head designer by former topmodel Katoucha Niane, who had started her own fashion house.

He designed three collections which were presented in shows at the Carroussel du Louvre, and other venues in France and Africa by the supermodels of the time including Carla Bruni. Katoucha introduced Leon to Yves Saint Laurent in 1997, who invited him to gain added experience in the techniques involved in the creation of haute couture designs. In 1999, one of the collections for Katoucha was shown in the Royal Palace in Amsterdam for Her Royal Highness Queen Beatrix. After the show the pieces went on exhibition in the Stedelijk Museum. This led to commissions from private clients. In 2002 and 2003 he was a fashion stylist and presenter in an acclaimed make-over show on Dutch television.

Since 2004 Leon has focused on his design with Atelier LeonLeon. By blending his knowledge of cultural history, modern technology and showmanship with his experience in the Paris ateliers, Leon creates innovative and sculptural designs moulded to compliment the curves of a woman.

In this universe he created an innovative and stylish LED light dress that combined couture design with technology for the exhibition Smart Technology at the NEMO Science Centre in Amsterdam: a multidisciplinary mix of seduction and hi-tech, history and futurism.

Considered an expert in couture craftmanship, he started in 2014 with masterclasses at the Master Tailor Academy in Amsterdam to teach experienced tailors the sophistication needed for couture excellence.

For winter 2015/16 the first luxury prêt-à-porter line of Atelier LeonLeon was introduced in Paris, followed by a true couture collection in July during the Paris Couture week.