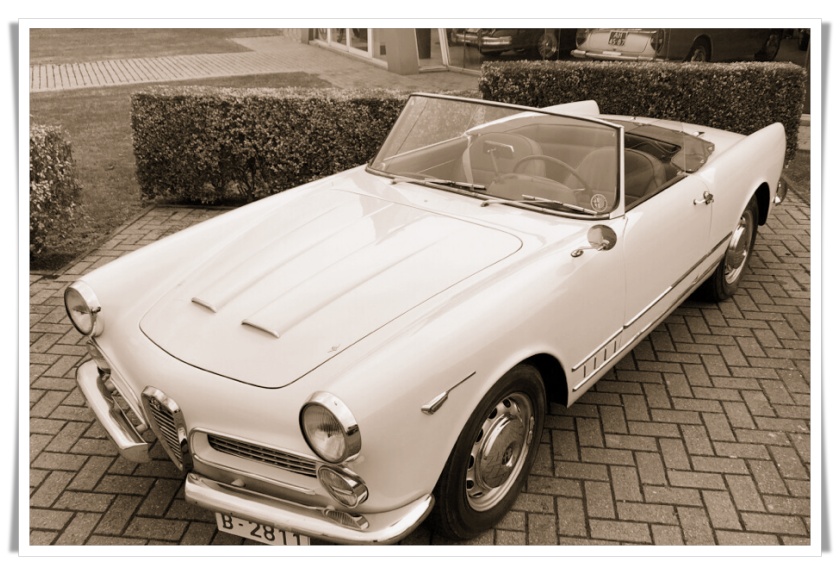 The long term association of the famous brands of Alfa Romeo and Carrozzeria Touring resulted at the end of the fifties in an increase in volume with the production of the Alfa Romeo 2000 Spider which was launched at the Torino Motor Show of 1958. The elegant convertible was a success, because 3.443 examples of the 2000 Spider were produced between 1958 and 1961 thanks to a clever combination of modern Alfa Romeo technology and state of the art coachbuilding by Touring.