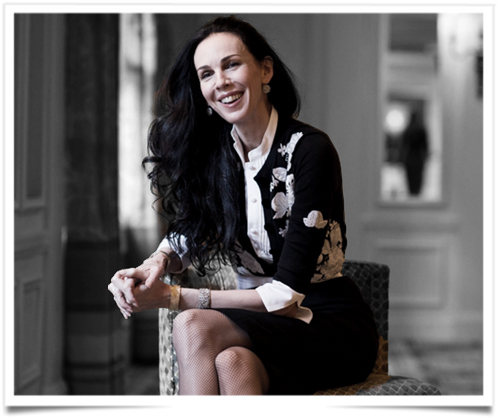 At the suggestion of photographer Bruce Weber, who spotted her at a Calvin Klein hosiery photo shoot, Scott left Utah after graduating from high school for Paris to pursue a career as a model, changing her name from Luann to L’Wren. In Paris, Scott went on to work for Thierry Mugler and Chanel, as well as model for such renowned photographers as Guy Bourdin, David Bailey and Jean-Paul Goude.

Scott moved to California in the early 1990s and established herself as a stylist, initially in collaboration with photographer Herb Ritts,and later with Helmut Newton, Karl Lagerfeld and Mario Sorrenti. One of her early assignments was an ad campaign for Elizabeth Taylor’s “White Diamonds”, eventually the world’s top-selling celebrity fragrance. She became a highly influential celebrity stylist.

In 2009, she contributed designs for Madonna to wear in her photo shoot with model Jesus Luz for W Magazine and in 2011, Scott styled actress Julia Roberts for a W Magazine shoot, alongside Tom Hanks.

Scott designed costumes for such films as Diabolique (1996 remake), Ocean’s Thirteen, Eyes Wide Shut, as well as Shine a Light, a documentary by Martin Scorsese about the Rolling Stones, with Mick Jagger, with whom she had been romantically linked since 2001.